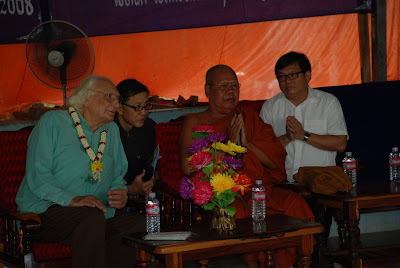 Over the Christmas recess, MEP Pannella visits Cambodia, Vietnam and India to highlight the human rights situation of minorities in the region.

Below is an article published by Radical.es:
HUMAN RIGHTS: MARCO PANNELLA HEADS A DELEGATION OF THE RADICAL PARTY TO CAMBODIA, VIETNAM AND INDIA. OFFICIAL MEETINGS AND CONFERENCES WITH GOVERNMENTS, PARLAMENTARIANS AND DISSIDENTS HAVE BEEN SCHEDULED.

After the meeting of the General Council of the Nonviolent Radical Party, Transnational and Transparty, held in Brussels last week [December 2008], Marco Pannella, member of the European Parliament and President of the NRP Senate, left today [19 December 2008] for an official mission to Cambodia, Vietnam and India with radical MPS elected in Italy’s Democratic Party, Marco Perduca and Matteo Mecacci.

On Saturday December 20th [2008], Pannella and Perduca will meet in Cambodia the 26 parliamentarian belonging to the opposition Sam Rainsy Party, which, in the last few days, have renewed their subscription to NRP for 2009. In Cambodia meetings with the Khmer Krom Community have been scheduled as well. The Khmer Krom are an indigenous population from the south of Vietnam, which in part took refuge in Cambodia. Other meetings have been planned, such as meetings with Montagnard refugees, coming from the central highlands of Vietnam, NGOs representatives and International Agencies which work in the field of Human Rights defense.

On Wednesday, December 23rd [2008] the Radical delegation will arrive in Vietnam. In Saigon (Ho Chi Minh City) they will try to meet the Patriarch of the Unified Buddhist Church of Vietnam, the Venerable Thich Quan Do, who has been victim of intimidations and freedom restrictions for more than 20 years and who is currently under house arrest. On December 24th and 25th [2008] the radical delegation will go to Hanoi, where official meetings with the Vietnamese Government have been requested to discuss the situation of the Montagnard, an indigenous population with a Christian majority, which have been persecuted for decades by the authorities with serious consequences for their own survival.

On Saturday, December 27th [2008], Marco Pannella and Matteo Mecacci will arrive in Dharamsala, India, where the headquarters of the Tibetan Government in Exile is located. Here, an official meeting with Prime Minister Prof. Samdong Rimpoche has been scheduled, along with other meetings with Tibetan parliamentary authorities, representatives of student movements, activists and young Tibetans. The purpose of those meetings is the planning of an international campaign to seek the truth and the real responsibilities of the failure of the negotiations between the Tibetans authorities and the Chinese’s on the Status of Tibet in the context of the First Great World Satyagraha for peace.

Furthermore, a meeting with His Holiness the Dalai Lama is planned to be held during the stay in Dharamsala. 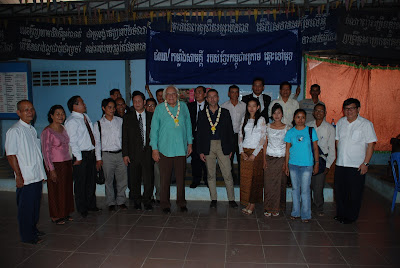