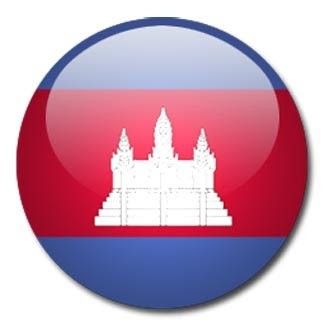 At least seven soldiers from both sides were killed in occasional clashes around the temple complex since mid-2008 in a tense standoff that has had other members of the ASEAN regional bloc concerned.

At a meeting on Monday between military top brass from both sides in Phnom Penh, General Songkitti Jaggabatra, the Supreme Commander of the Royal Thai Armed Forces, said the dispute would no longer be allowed to damage relations between the two kingdoms.

"I would like to clarify again that there will be no more problems between Thailand and Cambodia. The border will not be the cause of any further disputes," he said in remarks carried by the Phnom Penh Post newspaper.

His opposite number, General Pol Saroeun, echoed that.

"We have the same view. Our goal is to achieve peace and solidarity with each other as siblings," Pol Saroeun said.

Their meeting came just days after Prime Minister Hun Sen announced Cambodia would cut the number of troops stationed at Preah Vihear after Thailand reduced its forces to just 30 soldiers.

The 11th-century Hindu temple, which sits on Cambodia's northern border with Thailand, was awarded to Cambodia in 1962 by the World Court. Last year the UN's cultural body UNESCO added Preah Vihear to its World Heritage List, a move that rankled Thai nationalists who still contest the ownership of the site.

Cambodia and Thailand have yet to delineate much of their 804-kilometre long common border. (dpa)
Posted by CAAI News Media at 10:12 pm