A golden leaf looking for a forest 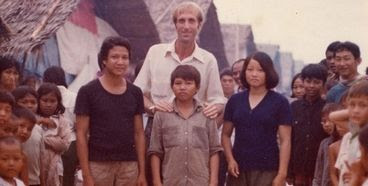 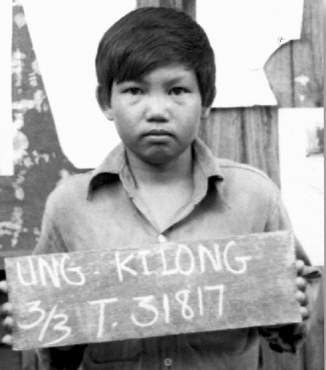 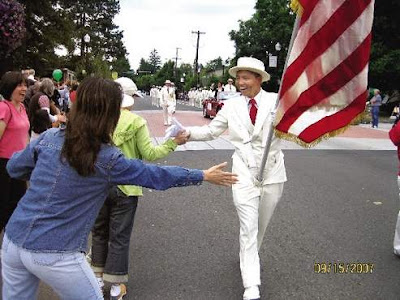 Kilong Ung survived the Khmer Rouge; now he helps people learn from the past

Kilong Ung was a young boy in Cambodia when the Khmer Rouge took power in the early 1970s. Between 1974 and 1979, Ung survived while his parents and sister died in a genocide that claimed the lives of as many as 3 million people.
He has documented his story in the book "Golden Leaf, A Khmer Rouge Genocide Survivor" and will talk about his experience at the Ashland Library from 7 to 9 p.m. Saturday.
"I want people to get a better appreciation of life and to understand what happened," Ung said Thursday in a telephone interview from his office in Portland, where he now lives. "My theme is leveraging the past to make the world a better place."
Ung's talk is part of a collaboration co-sponsored by Gallerie Karon and the Friends of Ashland Library.
Gallerie Karon is hosting a show through February, "East Meets East IV" which features textiles, adornments, leatherwork and other artwork from, among other East Asian countries, Cambodia.
Actress Helena De Crespo, who performed in the recent one-woman-show "Shirley Valentine" at Oregon Stage Works, was instrumental in bringing Ung to Ashland while the Gallerie Karon exhibit was on display.
"I was introduced to Helena several months ago, but I couldn't get the time to do an art show at the time," gallery owner Karen Wasser said. "Helena suggested Kilong. He's very in demand these days so we're very lucky."
Ung, now a software engineer in Portland and an adjunct computer programming instructor at Portland Community College, made it to the United States in 1979.
With little English at his command, he learned quickly and graduated from high school in Portland in 1983, going on to earn degrees from Reed College and Bowling Green State University.
Now he spends time traveling around giving motivational speeches in different communities. He is a past president of the Cambodian-American Community of Oregon and participates in numerous community and business groups.
Ung's language becomes poetic as he describes his journey and his purpose following the publishing of "Golden Leaf."
"I was lucky," Ung said. "I was a golden leaf, blown by the wind. I went further and put down roots and became a tree."
He hopes through his talks to inspire others.
"As a tree I can only do so much," he said. "I want the audience to become my fellow trees. We all have a past. We all are ordinary people, but we can do uplifting things."
After one recent talk, Ung was approached by a man who bought his book. A short time later, after reading the book, the man returned with a $5,000 check to help Ung in his work building schools in Cambodia.
"The forest is growing," Ung said. "To be a tree is a privilege and with that privilege comes responsibility."
Still a very poor country, wracked by political instability, Cambodia is fertile ground for aid, Ung said. But helping often requires a political dance, and Ung strives to build schools there without becoming entangled in bureaucracy and political controversy.
"I'm not involved with government or politics," he said. "It's purely as humanitarian as possible. We have to walk very gingerly, navigate through political systems."
On a smaller scale, de Crespo is working on a similar project. She is organizing work to create a theater and housing for one specific theater group she came in contact with while traveling in Cambodia. She has collected shadow puppets and set pieces made of leather made by members of the Cambodia theater group, which will be on display at Gallery Karon through this month.
For more details on Ung's life, see the Web site http://www.kilongung.blogspot.com/.
Posted by CAAI News Media at 9:42 am