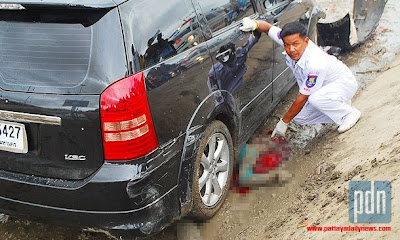 An intoxicated man is responsible for the death of an innocent Cambodian gardener in a car accident along the Sukhumvit Road on Sunday. The incident occurred in broad daylight with several vehicles also damaged as a result of the accident.
Pattaya, the 13th of June 2010 [PDN]: At approximately 12:00pm on Sunday, Major Kriangkraiwut Buakla (Pattaya Police Investigator) was notified of a fatal car accident on the Sukhumvit Road in Central Pattaya. A team of officers along with the Sawang Boriboon Foundation were dispatched to the incident to investigate.

Mr. Somjai Ngernjaturan [58], the driver of the involved vehicle, was observed by police to be in an intoxicated state and as such was immediately arrested and taken to the Pattaya Police Station for interrogation. He is expected to be charged with negligent driving occasioning death and driving whilst under the influence of alcohol.
A witness and driver of one of the involved vehicles parked at the scene, Mr. Soron Wongsakun [51], stated that Mr. Ngernjaturan had been driving erratically along the Sukhumvit Road when he swerved across into the right-hand lane and crashed into the drainage ditch killing Mr. Chuan. Mr. Wongsakun explained that he had managed to avoid a similar fate by braking heavily as Mr. Ngernjaturan cut in front of his car, he revealed that he had hit Mr. Ngernjaturan’s car slightly as the vehicle cut across the road. 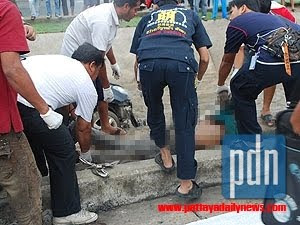 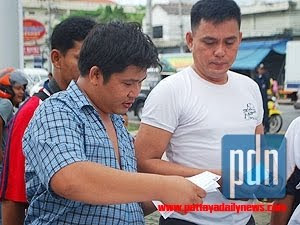 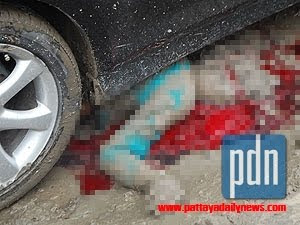 Once all evidence was collected and the involved Toyota Wish sent to the police impound for examination, officer requested that all involved drivers proceed to the Pattaya Police Station to file incident reports and deal with any requests for compensation.

The Miki Show, Classic Arts Showcase, The Ellen Show and also other. mobdro windows you have the alternative to subscribe to the Premium version from inside.