Much still to do as Cambodian enterprises prepare to go public 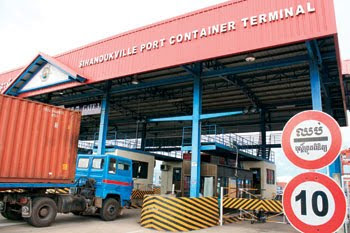 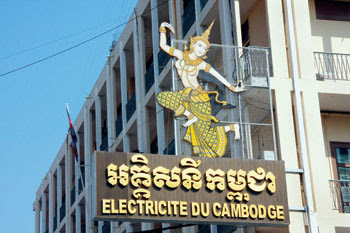 A Poll on the SECC website highlights one of the key challenges still facing policy makers before the new bourse can start trading: In which currency should the Cambodian exchange list stocks, it asks, US dollars, riels or both? Analysts say that making the right decision is likely to mean the difference between a high level of interest among investors and a frontier market whose offerings are just too risky. “In order for the launch of the stock exchange to be successful, the investor base must include foreign investors,” said Kwan Tock Pong, a manager at Frontier Investment and Development Partners. “Listing in dollars will reduce currency risk and overall, it will have no impact on local investors, as the dollar already accounts for 90 percent of all transactions in the Kingdom, as well as over 90 percent of the deposits in major local banks.” The risk, analysts say, lies in a local currency that has shown a downwards trend over the longer term and weakness in the face of a strong dollar in the shorter term, as the exchange rate has remained around 4,250 riels to the greenback in recent weeks. “From a foreign investor standpoint, they would of course prefer to invest in US dollars,” said Douglas Clayton, CEO of the Leopard Fund, an investment vehicle operating in Cambodia and Sri Lanka. According to SECC regulations, up to 80 percent of shares listed by any one company on the CSX will be available to foreign investors, meaning that capital from overseas could make up a large part of investment. Whether shares are listed in riels or dollars will also likely determine the schedule for the launch of the exchange, said Kyung Tae Han, chief representative of Tong Yang Securities in Cambodia, as preparations for a riel-based bourse would take much longer to initiate. “If the Cambodian government has a time frame that they’re going to open the stock exchange … in the first half of next year, I don’t think … we have any time to discuss [riel listings],” he said. One option under consideration is to list in dollars first and then move to riel listings over time, but as Kyung admited: “I haven’t heard of any [such] case before.”
Which firms will list next?
FOLLOWING a lengthy selection process by the government, Sihanoukville Autonomous Port, Telecom Cambodia and Phnom Penh Water Supply Authority were told they would list first on the forthcoming Cambodian exchange. But who will go public among the second wave of IPOs? The government on Sunday confirmed it had already earmarked another state-owned enterprise – the postal service – to move towards a stock listing, and Electricite du Cambodge, another utility, has also been mentioned previously by officials. “We would ... hope that quality private-sector companies would also list,” says the Leopard Fund’s Douglas Clayton. However, few have shown a desire to do so as yet, at least publically, with many thought to be taking a “wait-and-see” attitude. Only Cambodia Air Traffic Services, a local subsidiary of Thailand’s Bangkok-listed Samart Corporation, has stated in public its desire to float in Cambodia within the private sector. Analysts note that Cambodia’s banking sector would likely produce the most plausible candidates in the shorter term given that many – particularly ACLEDA Bank – already meet the necessary standards of transparency and corporate governance. Although ACLEDA has shown few liquidity problems in the past 12 months, it does already operate a share scheme for employees and was recently the subject of a 12.5 percent acquisition by Hong-Kong listed Jardine Matheson Holdings. Mobitel is another company that already operates to the standard required to go public. Until last year, Millicom International, a multinational listed on the Nasdaq, held a majority stake in the country’s leading mobile operator. Other mobile companies – including Beeline and Hello – are also listed outside of the Kingdom, but it remains to be seen whether they will look to the Cambodian exchange in the future to raise capital. Generating funds would usually be the main factor behind a decision to list, analysts say, in which case commercial operations with high start-up costs – particularly in the construction sector – would also make prime candidates for an IPO.
Posted by CAAI News Media at 12:28 am