Cambodia's Future After The 'Killing Fields' 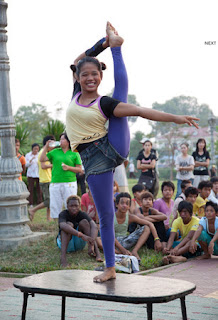 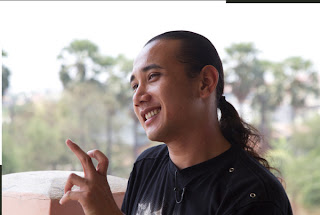 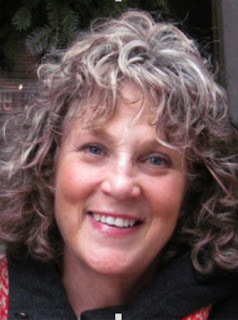 Photographer Lauren Shaw. Credit courtesy photo
Belmont film maker Lauren Shaw explores the post genocide generation of Cambodians in her documentary "Angkor's Children."
By Len Abram
via CAAI
From 1975 until it was overthrown in 1979, the infamous Khmer Rouge led by Pol Pot ruled Cambodia, murdering more than two million fellow Cambodians in a reign of internal terror not seen in modern history. The expression "the killing fields" represents what most people think of Cambodia.
This great loss of life changed the Cambodian demographics: 51 percent of the country today is under 25, and large numbers of the survivors fled to the United States as refugees, many settling in the Boston area.
Belmont resident Lauren Shaw, an associate professor in Visual and Media Arts at Emerson College, teaches photography in Boston. She was visiting Vietnam in 2007 when she decided to take a side-trip to Cambodia, the site of one of the world's great architectural wonders, Angkor Wat.
In contrast to Vietnam, she saw a country that was trying to rebuild after the horrors of genocide. It became apparent that Cambodia was a place she felt compelled to help.
Belmont Patch reached Shaw, who is preparing for another trip in December to Cambodia to work on her latest film, "Angkor's Children."
See the trailer for "Angkor's Children" by going to the link below:
http://bit.ly/eIUWnK﻿
Patch: Your first documentary is about providing clean water to Cambodians, by contributing to the construction of wells. How did you first get involved in this village development project?
Shaw: "A Drop in the Bucket" is a documentary about the need for safe water throughout the rural areas of Cambodia. Without good health and education, this country cannot move forward.
Water is essential for providing good health, something we Americans take for granted. In Cambodia, a well costs $350.
Change has to begin somewhere. My documentary explores how safe water improves the lives of villagers and ultimately the general population. My wish is that "A Drop in the Bucket" raises public awareness and becomes a call to action.
Q: A significant Cambodian immigrant population is in the Boston area. Are they aware of your work about their native land?
A: In Lowell especially, I know of many Cambodian immigrants. And that's in addition to many Cambodian children adopted by American families after the Pol Pot regime. I have not shown this film in Lowell, but have made connections within the community, many of whom have never visited Cambodia. They share a deep love for their country, however, and their hope for its future.
Q: How will your second film "Anghor's Children" differ from your first?
A: "Angkor's Children" is about the post-genocide generation of young Cambodians. As noted, 50 per cent of the population is under 21. The seeds of the Angkor Empire of the 12th century lie in the Cambodian youth of today, which is moving beyond "the killing fields" to the aspirations of a new generation.
It is a story told by Cambodians, of energy, hope, and unexpected turns as they recapture the ancient, and embrace the modern, to create their future.
I intend to focus on three Cambodians as they pursue their dreams. One of them, a young woman, who earned her living picking trash, is now is a leading member of the Battambang circus. Chai a former boy/soldiers is an engineer, who is working to revise ancient, water reservoirs so that more villages will have access to water. Boomer, a deportee from the US, uses hip-hop to teach gang members in the city how to get off the street and live constructive lives. They are determined individuals in their ambitions, not unlike kids anywhere, except for their tragic national past.
When I get to Cambodia, I will determine if we have chosen the best stories to represent our theme of Cambodian renewal through this new generation.
Q: What is the LEF Foundation?
A: It's a private family foundation that funds the work of independent film and video artists in the region. The Foundation hopes to advance recognition and support for local filmmakers, both locally and nationally.
The Foundation awarded our film $5,000 toward the pre-productions of "Anghor's Children," of which we have shot 47 hours of film. Following my trip in December to Cambodia, I have applied for a sabbatical semester to complete the film in Cambodia.
Q: What do you think we Americans can learn from Cambodians and their tragic national experience?
A. We see a people of great courage, tenacity and resilience. "Anghor's Children" demonstrates those characteristics through the lives of young people, trying to find a place for themselves, against heavy odds. Their struggle is challenging and hard.
"Angkor's Children" will tell the world they are more than just a country of tears; they are a country of dreams.
For more information on Lauren Shaw's films, please visit
http://www.laurenshaw.com/
http://www.adropinthebucketfilm.com/
http://www.angkorschildren.com/
Posted by CAAI News Media at 6:52 am