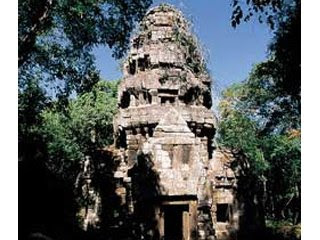 Interviewed on the telephone after chairing the Informal ASEAN Foreign Ministers' Meeting in New York, Mr. Sompong said that he had reported to the Meeting the results of the two rounds of talks between the Cambodian and Thai foreign ministers on resolving the border tension between the two neighbouring countries.

Participants were informed that progress was made in the talks as both countries have agreed to reduce their respective military forces stationed in the disputed areas to 30 each and are working towards a further cut in forces.

He said Cambodian officials informed the meeting of their desire to raise the border dispute over Ta Muen Thom and Ta Kwai temples for discussion with Thailand.

It is expected the issue would be brought up for discussion when Thai Prime Minister Somchai Wongsawat visits Cambodia on October 13 at the invitation of his Cambodian counterpart Somdej Hun Sen.

"ASEAN members were satisfied when we told them that both countries understood each other and saw a need to adhere to the bilateral talks to solve the border dispute.

"The United Nations Secretary-General told the ASEAN Meeting that he had been informed of the progress in the Thai-Cambodian talks on the dispute.

"The UN chief also expressed a desire to see both countries attempt to settle the dispute through bilateral talks, not the UN Security Council," he said.

The Minister said he decided to join the meeting in New York to assure ASEAN colleagues of Thailand's readiness to organise the ASEAN Summit in December.

He added that UN Secretary-General Ban Ki-moon had agreed to visit Thailand on December 18 to attend the ASEAN Summit in Bangkok. (TNA)
Posted by CAAI News Media at 11:28 pm