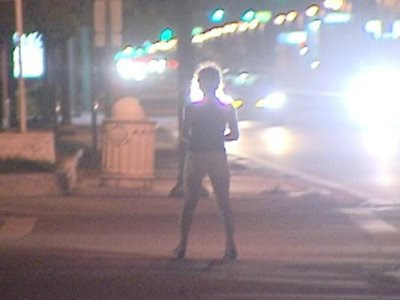 PALM BEACH GARDENS, Fla. -- Sexual slavery is common in third world countries. But what many might not know is that it happens in the United States as well.

Every year, at least 2 million children are sold into sex slavery worldwide. The ones who get out alive tell stories of horrific torture.

On a human rights Web site, Karin writes how she was forced to have sex with 15 men a day or night in Cambodia, and Viola was told if she didn't work as a prostitute, her family would be raped and killed.

It's the seedy underworld of sex that's become an overseas trade.

Raymond Bechard is the founder of Ahava Kids, a nonprofit human rights organization. He said Johns are taking their search for sex to the Internet.

"South Florida is one of the hottest of hot spots," Bechard said.

Humans are trading hands in Palm Beach County and the Treasure Coast.

Just last month, 35 people were arrested for selling and buying sex on Craigslist. The youngest arrested was 19 years old.

"Every day, night after night, day after day, they're abused by people," Bechard said. "There are people coming after them for sex or money."

Bechard said children are a profitable product for criminals. As Bechard put it, a drug dealer can sell a drug just once a day, but a trafficker can sell a person five to 20 times a day over and over.

Anyone 17 and under is considered a trafficking victim. Bechard and his outreach team rescue children, teenagers and adults and put them in safe houses. So far, he's saved more than 3,000.

"They're modern-day slaves," Bechard said. "Their destiny is not their own. They don't get paid. They can't leave if they want to."

Ahava Kids has two safe houses in New England. A third one is set to open in South Florida in a few weeks.
Posted by CAAI News Media at 9:56 am