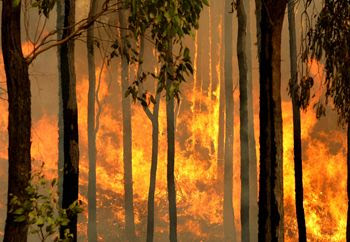 Photo by: AFP
A bushfire burns out of controlTuesday in the Kiewa Valley near the town of Dederang in the Victoria Alps. At least 181 people have been killed and entire towns razed as wildfires scorched southeastern Australia.
The Phnom Penh Post