Two British tourists have been found dead at a hotel in Cambodia after mistakenly taking heroin.

The bodies of university graduates Mark Ganley, 34, and David Hunt, 36, were found in a hotel room in capital city Phnom Penh.

Mr Ganley and Mr Hunt, a sports journalist, had bloodied noses and it is thought they died of overdoses after inadvertently snorting a form of heroin, believing it to be cocaine. 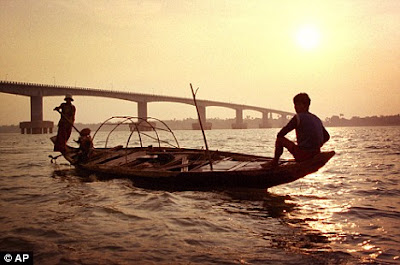 A report by Cambodian police said Mr Ganley, a businessman, and Mr Hunt had returned to their shared hotel room in the evening and did not emerge the following day.

They were found dead by a hotel maid the day after that.

Municipal deputy police chief Hy Pru has been reported as saying he believes the pair died of drugs overdoses and the white powder was heroin-based.

It is commonplace for Cambodians to sell heroin to tourists who ask for cocaine, which is more expensive. 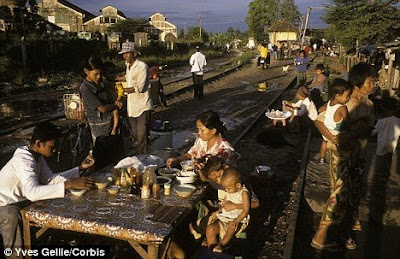 The practice is thought to account for a dozen deaths in the capital every year.

'One look at the map and the distance between Colombia and Cambodia should be enough to make you dubious, but it's much worse than that.

'Most of what is sold as coke, particularly in Phnom Penh, is actually pure heroin.

'Bang this up your hooter and you are in serious trouble - several backpackers die each year in the lakeside guesthouse ghetto of Boeng Kak in Phnom Penh.'

Today tributes were paid to the pair, who were described as 'hugely loved'.

Mr Hunt's sister Kate Sanderson said: 'This was a tragic accident and we are devastated at our loss.

'Both David and Mark were talented individuals and were hugely loved and respected by family and friends alike.

'They will be sadly missed.'

A full investigation into their deaths has been launched.

Following the discovery, the bodies of Mr Ganley and Mr Hunt were taken to the morgue at nearby Calmette Hospital.

The men both grew up in Southampton, Hants, and their bodies are being flown back to the city this Friday for formal post mortem examinations to take place.

Mr Ganley attended Southampton Solent University and graduated with a business degree before emigrating to Australia.

He and his partner Susan then moved to Vietnam after she was offered a job with a multinational company there.

He was a founding member of the Saigon Saints expat football team, named after his beloved team, and wore the number seven shirt.

He had been a journalist for three years and would often cover Saints games in nearby Southampton.

'Mark and Dave were devoted fans and the thoughts of the Saints Trust are with their families at this sad time.'

It is understood Mr Ganley and Mr Hunt arrived in Cambodia on Friday February 13 and retired to their hotel room on Sunday February 15 before being found on Tuesday February 17.

Posting on a website forum about Cambodia, one internet user wrote: 'If you snort a good dose of high quality H thinking it is coke you will OD and your nose will bleed out.'

Another wrote: 'At least a dozen foreigners die in Phnom Penh because they snort pure heroin thinking it is cocaine. This makes the matter a public health issue.'
Posted by CAAI News Media at 7:32 am

I think the Government especially the Local Government should consider thoroughly the enforcement of laws regarding illegal activities like this.