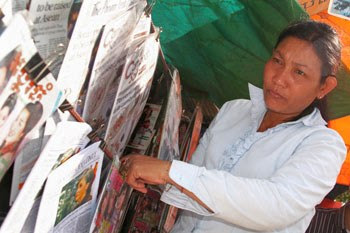 THE Club of Cambodian Journalists (CCJ) said Thursday that 22 cases of violence against journalists were recorded in the second half of 2008 and the first two months of 2009. These included cases in which journalists were detained and cases in which threats or accusations were made against them "by individuals, groups, authorities and court institutions", according to a CCJ press release.

In addition to violence against journalists, the CCJ also decried unprofessional behaviour on the part of some journalists, namely those who accept bribes and those who use other unethical means to advance the aims of groups they support.

Attempts to bribe journalists amount to attempts to erode press freedom in the Kingdom, the press release states.

Press card abuse
The press release urges the Ministry of Information to use more discretion in issuing press cards.

Prach Sim, the secretary general of the CCJ, told the Post Thursday that he believes too many press cards have been issued, including some to people who have no interest in actually producing journalism in any form.

"Some media pass holders are not journalists," he said.

"And many journalists use media passes just to earn money."

A report produced in May 2008 by the rights group Licadho states that the Ministry of Information has a list of 303 newspapers, not including international media.

"However, this is a cumulative total of years of registrations and does not reflect what actually appears on the newsstands," it states. "Several publications are listed more than once, and others exist only on paper, having gone bankrupt or their owner having died."

The report estimates that only between 15 and 20 papers are published "regularly".

Yem Noy said Thursday that the ministry was concerned about the CCJ statement, in particular about the reported abundance of press cards being used for purposes unrelated to journalism.

He said the ministry has "carefully issued media passes for journalists".

With regard to incidents of violence against journalists, he said these "mostly happen in the provinces" because journalists there "use their media to do other business besides running newspapers".
Posted by CAAI News Media at 11:37 pm