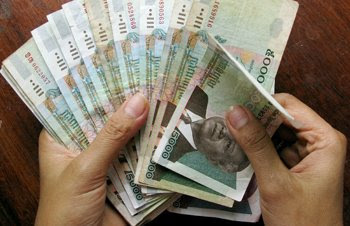 CAMBODIA may launch its first export-import bank to stimulate trade and support small and medium-sized enterprises (SMEs), officials said at a Tuesday conference on small-business financing in Phnom Penh.

Details of the bank have not been worked out, but officials said it would provide financing and other support to SMEs, particularly in the agriculture sector.

Farmers have had difficulty accessing inexpensive credit to upgrade technology and build processing facilities, even from micro-credit institutions, which often charge more than 12 percent interest.

"There really is a capital shortage for farmers, for products such as cassava," said Sorasak Pan, secretary of state at the Ministry of Commerce.

The project is backed by the Ministry of Commerce, in cooperation with the Ministry of Finance and the National Bank of Cambodia, as well as a number of international agencies including the UN Development Programme (UNDP).

The government plans to conduct a feasibility study this year, and a budget for the bank could be ready by 2010 for possible launch in the same year, Ministry of Commerce officials said.

The feasibility study would be financed by the UNDP at an estimated cost of US$60,000 to $80,000. Officials have not determined the budget for the export-import bank.

Siphana Sok, secretary of state for the Ministry of Commerce, said the bank would focus on agriculture businesses struggling for capital.

"This is a first step towards getting trade finance... The bank will play a role in trade finance and will help to diversify the country's trade," he said.

The government is focusing on agriculture as a potential growth sector for Cambodia, and has identified 19 products for export promotion.

It says that boosting agriculture would have a strong impact on poverty reduction because 85 percent of the workforce is employed in the sector and it contributes 65 percent of GDP.

But a spokesman from the Pailin Agribusiness Association said that the government should focus on opening up markets and reducing transport costs.

"We are paying $20 per tonne to export cassava, which is too expensive.... The government also needs to put pressure on the Thai government to open its borders to Cambodian products," he said.
Posted by CAAI News Media at 11:20 pm

The organic juices hail from the mysterious rainforests of Costa Rica, Guatemala and so they can get the alimentation they
want so they can mapping right.