Keeping watch on the Tonle Sap 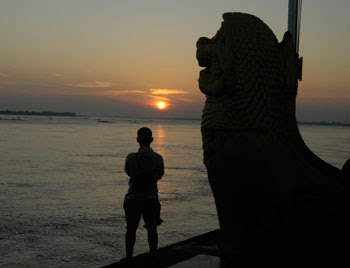 A man stands next to one of two lion statues to watch the sun set over the Tonle Sap river earlier this month. According to Khmer tradition, the two lions stand in front of the Royal Palace entrance as a symbol of security, watching out across the water to protect the spirit of the palace.