Cambodians must fight for rights 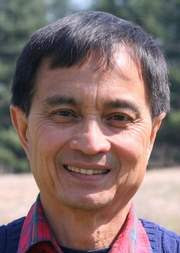 A. Gaffar Peang-Meth
By A. Gaffar Peang-Meth • June 23, 2010
Egyptian sociologist and democracy activist Saad Eddin Ibrahim, a distinguished visiting professor at Drew University, wrote in the June 15 Washington Post that, "Most Americans may not miss (George W.) Bush, but a growing number of people in the Middle East do."
"Bush's wars in Iraq and Afghanistan remain unpopular in the region, but his ardent support for democracy was heartening to Arabs living under stalled autocracies," Ibrahim wrote. Reform activists in Lebanon, Egypt, Kuwait and elsewhere "felt empowered" to press for greater freedoms during the Bush years: "The methods through which Bush pursued his policies left much to be desired ... his persistent rhetoric and efforts produced results."
Ibrahim cited 11 contested elections in the Middle East from 2005 to 2006 -- "not perfect, but the advances sparked unprecedented sociopolitical dynamism and unleashed tremendous pent-up desire for democratic choice."
Democracy and rights activists in the Middle East who "listened with great anticipation" to President Obama's "promises of change when speaking in Cairo last June" found Obama "has retreated to Cold War policies of favoring stability and even support for 'friendly tyrants.'"
"Today, Egyptians are not just disappointed but stunned by what appears to be outright promotion of autocracy in their country," Ibrahim wrote. "Just as we hope for a clear U.S. signal on democracy promotion, we must hope that the Obama administration will cease its coddling of dictators."
Ibrahim's article takes me to Cambodia's June 2 events: U.S. representatives joined a group of donor countries in Phnom Penh that collectively pledged $1.1 billion in aid to the regime of Premier Hun Sen. Rights groups complained of "rampant cronyism and corruption."
On that day, Sen's Supreme Court upheld the lower courts' ruling against lawmaker Mu Sochua, who filed a defamation suit against Hun Sen. Yet the Cambodian Centre for Human Rights charged in its legal analysis that Sen's courts failed to uphold Sochua's right to a fair trial and ignored her right to Cambodia's Constitution-guaranteed freedom of expression. Sen's armed riot police blocked Sochua and her followers from a peaceful march to the "donor conference."
Sen told the nation not to be "ignorant," that the donor countries have their own projects planned that will account for the $1.1 billion -- so there is no "cronyism and corruption." On the other front, Sen's lawyer pushed for action (imprisonment) against Sochua for refusing to pay a fine associated with her failed legal action.
In an e-mail, Sochua wrote, "What I am doing now is nothing more than standing up while so many people are sitting down and feeling paralyzed by this regime." She feels alone and helpless. She keeps telling the people to condition themselves not to fear. Their votes count.
As a political scientist, I understand the usefulness of peaceful protests and petitions guaranteed by law. I am not a fan of petitioning a foreign leader to help in circumstances where Cambodians themselves must be the ones to act. The only petition I signed was to ask Premier Sen to stop land-grabbing and evicting the poor from their land and homes.
Last week, an online petition to President Obama rapidly picked up signatures from Khmers and non-Khmers. It speaks of the United States' "responsibility" as an aid donor "to denounce the court's decision (on Mu Sochua) as a threat to freedoms of speech and expression and the rights to fair judicial process, transparency, and legal representation."
The petition states: "We urge you, Mr. President, to make a strong statement against the recent Cambodian Court's ruling, in defense of our democratic values that serve to empower so many around the world."
Yet, Sochua wrote, "what difference does (the petition) really make?" She knows all dictators love the U.S. "strategy of engagement" that legitimizes them and their rule.
Obama and Secretary of State Hillary Clinton are unlikely to refrain from expressions of concern for democracy, justice and human rights. But as the United States continues to provide aid and assistance to the Cambodian government, it is abundantly clear that concern for the lack of civil rights in Cambodia won't override U.S. interests in maintaining relations with Cambodia's tyrants.
Cambodians need to fight to attain those rights for themselves. As no foreign government wants to replace the devil it knows with one it doesn't know, opposition Cambodians must present themselves as credible alternatives to those in power. The image of divided and conflicting opposition forces that lack a common strategy doesn't inspire confidence.
Last Thursday, United Nations rights envoy Surya Subedi -- mandated by the U.N. Human Rights Council to report on human rights in Cambodia -- criticized the country's land-grabbing by the powerful, cited the courts' failings in the delivery of justice for all, "especially the poor and the marginalized," and reported that some judges simply were not interested in upholding the laws.
"I am troubled by the ... narrowing of political space for critical debate in society, due to the disproportionate use of defamation, disinformation and incitement lawsuits against journalists, human rights activists and political opponents," Subedi said. "My position as an international lawyer (is that) nobody should be sent to prison for exercising freedom of expressions."
Do you think Sen and his ruling Cambodian People's Party care?
A. Gaffar Peang-Meth, Ph.D., is retired from the University of Guam, where he taught political science for 13 years. Write him at peangmeth@yahoo.com .
Posted by CAAI News Media at 8:13 am