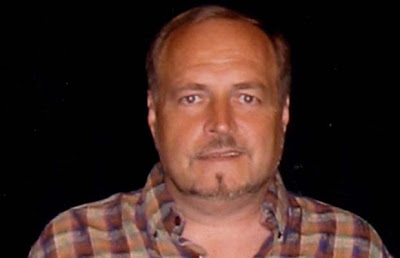 Kenneth Robert Klassen, 59, a Burnaby international art dealer, is facing sentencing next month on sex tourism offences. The Crown will be seeking up to 12 years in prison.
Photograph by: ..., Special to the Vancouver Sun
BURNABY, B.C. — A Canadian who pleaded guilty to having sex with underage girls in Colombia and Cambodia told police he targeted his victims because they were “extremely thin,” cheap and easily available.
Lurid details emerged Thursday as a sentencing hearing was held for Kenneth Robert Klassen, an international art dealer from the Vancouver suburb of Burnaby.
Klassen pleaded guilty in May to 14 counts of having sex with girls under 14 and one count of importing child pornography.
The 59-year-old was the third person in Canada to be convicted of sex tourism.
On Thursday, the Crown went through several statements he gave after being arrested by police in September 2004.
“He said he was attracted to women that were extremely thin and that he tried to find thin women, older women, but in Canada he found that it was impossible,” Crown counsel Brendan McCabe said during sentencing submissions Thursday.
Klassen stated further that women in Canada “got rotund very quickly” and that the laws were different in other countries, the prosecutor said.
B.C. Supreme Court heard Klassen had sex with 14 underage girls while living in Colombia for 20 years and visiting Cambodia in 2001.
The accused claimed the sex he had with his victims was all consensual, and he claimed never to have hurt anyone in Canada.
Court heard that one of his impoverished victims in Colombia, who met Klassen when she was under 11 years of age, told authorities she agreed to have sex with him so she could buy clothes for her 12th birthday.
The girl said, “I had nobody to give me anything, so my dream was to find myself a set of clothes.”
Klassen paid the girl 80,000 pesos, the equivalent of $45, for oral sex. He made her hide in the back of his truck when he moved around. She lived in his home in Colombia for a year.
Prosecutor said the fact that she lived in the home showed Klassen had abused a position of trust, an aggravating factor on sentencing.
The girl had oral sex with Klassen when she was 11 and sexual intercourse at the age of 13, said McCabe.
“Mr. Klassen threatened her not to have sex with anyone else. He wanted to be her first or, in his words, he would mess her up.”
Court heard that the sex offences occurred in an apartment Klassen rented in Bogota, as well as in various hotels.
In Cambodia, he rented a hotel and engaged in sex with eight prepubescent girls, McCabe said.
When police searched a Vancouver storage locker, they seized numerous videos Klassen had taken of himself having sex with underage girls, the Crown said.
The footage of the graphic sex was played for B.C. Supreme Court Justice Austin Cullen, but prosecutors put up two large screens to prevent the audience in the public gallery from viewing the material.
Klassen’s face was edited out of the footage. Klassen hired a woman and paid her to take a computer course so that she could edit the graphic footage, removing his face from the video clips, the court heard.
He told police the material he kept in his locker “does not bother anyone and he wasn’t bothering anyone,” the prosecutor said.
“He stated that he could keep everything away from his family and that he doesn’t hurt anyone and that what he does, he does alone and in his own private world.”
The prosecutor, who is seeking a 12-year prison term for the accused, said Klassen made a “very telling” statement when he said that “women are ready when they are ready.”
Klassen purportedly went on to say “the young are less complicated because they haven’t had it so good and they don’t demand so much.”
During his second interview with police, Klassen told RCMP that all of the pornographic material he imported was for his own personal use.
“He said he went overboard on his last trip because the stuff was cheap and all over the place,” said the prosecutor, adding that Klassen said: “It’s just millions and millions. It is like a megastore.”
The sentencing hearing is expected to run two days.
Posted by CAAI News Media at 1:57 pm