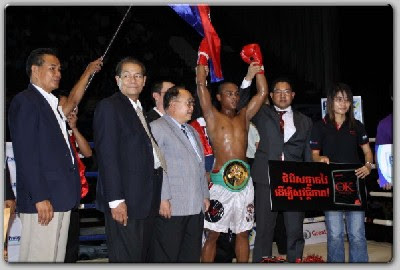 The Cambodian was smaller but somehow beat down the Filipino in the sixth round and is the first Cambodian boxer to become an international boxing champion.