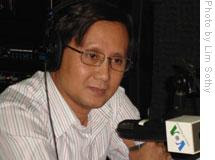 The National Assembly voted against amendments to a new penal code that opposition proponents said would increase freedom of expression and improve justice and democracy.

Eighty-three of 101 lawmakers present voted against the amendments, to 43 of 672 different articles, in an Assembly heavily dominated by the Cambodian People’s Party.

The penal code, drafted with the help of the French government, seeks to update a combination of 1995 laws, tradition, the constitution and principles of international law.

Yim Sovann, a Sam Rainsy Party lawmaker who supported the changes, told the Assembly session: “The amendments aim to open the possibility of pulling some articles that affect the rights and freedoms of expression for people, and to provide a clear definition of each offense, because we worry there are some negative points in the draft of the penal code.”

He later said he regretted the amendments were not approved, but he hoped the president of the Assembly, Heng Samrin, would allow a full-session debate.

Sam Rainsy Party officials said certain articles in the draft law tighten the freedom of expression and public assembly, while allowing for complaints of defamation and insult that are open for abuse.

Cheam Yiep, head of the Assembly’s finance commission, told the session the amendment requests were “illegal.”

“The amendment requests contradict the internal rules of the National Assembly,” he said.

“Nothing we did is to pressure or close human rights,” he said.

Some human rights organizations have said the penal code’s negative points can be corrected during Assembly debate.