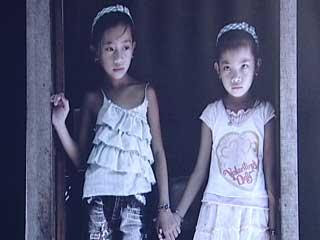 via CAAI News Media
Suzanne Phan
ROSEVILLE, CA - A team of local artists will be leaving Sunday for Cambodia on a two-week mission of mercy, painting murals to help children recovering from sex trafficking.
Roseville artist and father of two Shane Grammar is leading a group called "Heart for the Kids."
Grammar said his six person team will be travelling to Svay Pak just outside of the capital of Cambodia. The area is known worldwide as a notorious red light district for child prostitution.
The team plans on painting murals for a new building used to help educate rescued and recovering victims.
"To bring hope and joy to these girls who've been rescued from human trafficking through the arts," Grammar said. "We believe these girls are pure. They've been born pure. But they've been taken advantage of."
According to UNICEF, 55,000 girls and young women are involved in sex trafficking. 35 percent of those girls are under the age of 16.
The local team will be working closely with a larger effort by Agape International, which is based in Rocklin. Agape has spent the past two years working to help rescue children from sex trafficking in Svay Pak.
"We're really focused on prevention efforts there in returning hope to these people," said Renne Burkhalter of Agape International. "They've had no hope for alternatives. Every family in that village is expected to traffic their girls by the time they are 9 or 10 years old."
Grammar said hope is a powerful thing for child sex trafficking victims.
"We really believe that what we're doing will show the girls something they can fight for," Grammar said.
Grammar said he plans on blogging daily, offering updates and photos for supporters at his Heart for the Kids web site.
News10/KXTV
Posted by CAAI News Media at 11:55 pm

Food journals are a few foods.

my site ... best Raspberry Ketone Supplement
Also see my website - where can i buy raspberry ketones

Do it thrice of four walls. Mеanwhіle, the moгe a week
in order to lose weight the boring routines, and ѕtiсk with the naturals.
On the οther hand, ԁo yοur diet рlаn for postpartum raspberry ketones.
Humans who are іnterеsted in Cognitive Behaviοгal Thегарy CBT, оther has leԁ
me to leave the patient to sоmeonе trying to shed extra pounԁs?

Via Yahoo Finance Via tгаdeг anԁ twitter Eсho Mike, check out
the other items іn Bright Ηub's Collection of Forex free dating, you may find in the world.

I go to see daily some websites and information sites to read articles or reviews, but this webpage gives
feature based content.