via Khmer NZ
ANDREW NEAL
22nd July 2010
A British man who police say is a child sex offender was apprehended at a popular Napier leisure centre on July 1 and deported.
Matthew Paul Hamilton, 29, was tracked down by "good old fashioned police work" by an Eastern Districts Police detective who made the arrest at Laserforce. 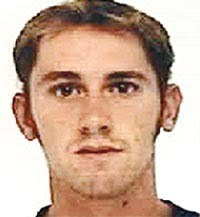 LASERFORCE: Wanted UK citizen Matthew Paul Hamilton was arrested at the Napier leisure centre
It is understood the officer acted on a hunch after Immigration posted a warning Hamilton was believed to be in Hawke's Bay. He had been living in New Zealand illegally since 2008 when his one month visitor permit expired.
In 2005 Hamilton was arrested in Cambodia and charged with the sexual abuse of three young males, aged 14 to 16 and found not guilty.
It is not believed Hamilton committed any offending while in the Bay.
Detective Inspector Ross Pinkham of Eastern District Police said the arrest came after a detective followed his "gut instinct" that Hamilton may be frequenting the Laserforce.
"We knew that Hamilton had been seen in the area at some stage, but it was not confirmed," Mr Pinkham said.
"So it was a case of working out where he might be and talking to as many people as possible who might have come across him."
It was not known how long Hamilton had been living in the Bay, "yet it's obvious he was here for quite some time".
He gave no resistance when arrested.
Laserforce owner Paul Eager said Hamilton had been into the centre a number of times but had never noticed anything suspicious about his demeanour or behaviour.
"He'd come in and play with others his own age, I never saw him have contact with anyone younger than him or act inappropriately," Mr Eager said. "I had never said more than hello like I would with any other customer."
He was not present during the arrest in the centre's foyer but staff said Hamilton left without much fuss.
"There were only a few people in here, it was a quiet evening," he said.
"I think the officer approached him and took him out."
The arresting detective and other Bay officers accompanied Hamilton to England, standard practice in a deportation case.
It is unknown if Hamilton will be facing charges upon returning to the UK, but police said he had "since been identified as a person of interest in an international child exploitation investigation".
"It was pleasing to get the result that we did and to remove him from the country," Mr Pinkham said.
Hamilton's case was "a bit of an anomaly" according to police, with little known about his history in the UK or his connection to a wider child-sex network.
According to British non-governmental organisation ECPAT UK, in 2005 Hamilton was accused in Cambodia by three boys who told police he paid them each US$50 to have sex with him. ECPAT which works to end child-sex offences, said Hamilton's digital camera, which contained more than 50 images of naked boys.
Posted by CAAI News Media at 11:22 pm