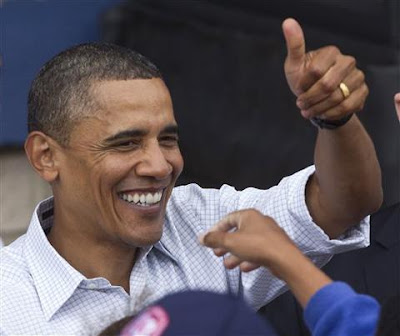 Look what a president job has done to a man. Obama now has more wrinkles and gray hair then he first started the job. He even looks a lot older and stressed.