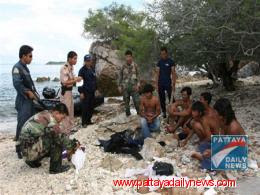 On 29th October 2008, Navy Deputy Commander In Chief Worajak Jannoo received reports that the owner of a fishing boat had spotted 5 men living on “Rohng Neung" Island, close to "Rohngkon" Island, located a fair distance from the Sattahip harbour. The men had waved to the fisherman but after realizing they were Cambodian he refused to help because he thought it would be unlawful to do so.

After receiving the report a naval rescue team in a rubber dinghy rushed to the island. They found 5 men, aged between 19 and 25, all Cambodian, in a serious physical condition. They had been starving for 4 days on the island.

They told police that they came from a village near Poipet on the Cambodia border. A Cambodian friend who had lived in Thailand for a long time told them he operated some kind of agency and had found a job for them. They decided to pay their friend 3000 baht each for taking them to Samutprakarn to work.

They traveled by train to Hualumpong railway station in Bangkok and then by taxi to Paknam, Samutprakarn, where they believed they would work at the Paknam Harbuor for 4000 baht a month salary.

However the friend had also taken 5000 baht commission for each person from a fishing boat owner. They were duly transferred onto the boat as soon as they arrived at Paknam and ended up working in the middle of the deep sea.

They had been working for 8 months without any salary and without one visit onshore or a single day off. Every now and then boats brought them food and took fish back to shore during which time their boat would have to travel to about 10 miles from Sattahip harbour. 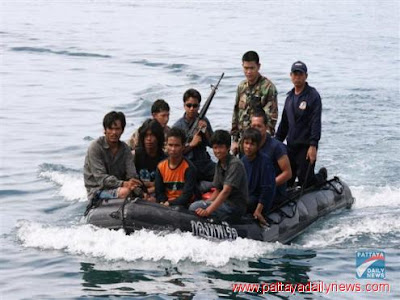 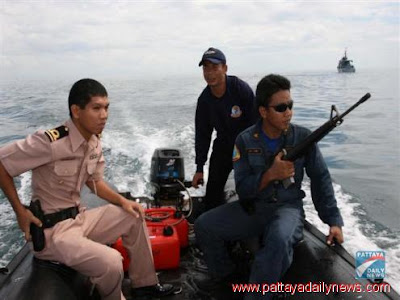 Mr. Tah (25), one of the men said, "Eight months was too long to suffer, it was just like being in a prison. We were physically and mentally hurt and never had a chance to ask for some money to send to our families. We were not allowed to visit our folks. It was as if we were already dead so we decided to run for our lives"

He said, on the night of 25th October, while people were busy loading fish, they jumped into the sea and swam to an island they could see a long distance away. They had some drinking water in plastic bags with them. Two of the men, Mr. Tee and Mr. Aeun , who could not swim well, slowed everyone down but they finally managed to reach the island four hours later. 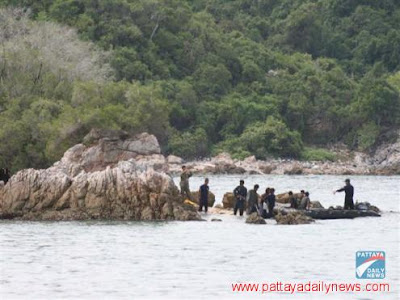 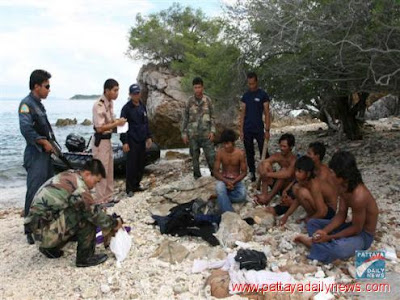 They spent 4 days and 4 nights on the island, catching fish and crab and drinking some rain water from the rock swamp until they saw the fisherman’s boat and waved for help. They were happy to be safe and would soon be heading back home to be with their families.