by Phillip Smith,
September 19, 2010
The Cambodian Ministry of Health has opened a clinic where people addicted to opiates, primarily heroin, can be administered methadone. The move is a significant departure in a country in which "drug treatment" has typically meant imprisonment, forced labor, and unproven herbal treatments. 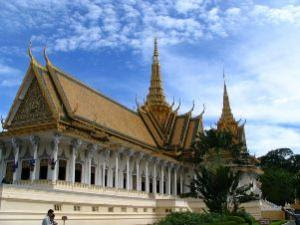 The opening of the clinic is the culmination of years of quiet effort by harm reduction organizations, the BBC reported. Two of those groups, which run outreach programs for drug users, will identify candidates for treatment.
The program is strictly voluntary. Participants will be taken to the clinic for a needs assessment in line with international standards. The clinic is inside a public hospital and run by the Ministry of Health with support from the UN's World Health Organization.
While harm reductionists and public health workers are pleased with the government's new approach, they said more steps need to be taken to shut down the existing, punitive drug treatment centers. But the government says it has no plans to do so.
Read an expose of existing Cambodian drug treatment centers here.
Posted by CAAI News Media at 7:01 am