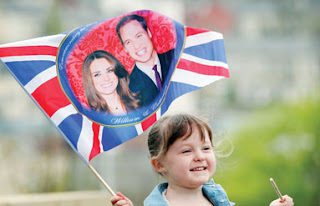 
Monday, 25 April 2011 15:02Adam Miller
The Ministry of Foreign Affairs yesterday denied press reports that King Norodom Sihamoni was the only royal in the world who had not replied to an invitation to the wedding of Britain’s Prince William and Kate Middleton.
United Kingdom newspaper The Sun reported on Friday that the Cambodian King was “the only Royal out of dozens worldwide who has failed to respond” to the invite to the nuptials, to be held on Friday.
The newspaper also described the King as “a shaven-headed former ballet dancer” who had “snubbed” the invitation.
Ministry of Foreign Affairs spokesman Koy Kuong said yesterday that the newspaper had been mistaken in their assessment of the situation and that the King had indeed replied to the invitation more than two weeks ago.
“The newspaper is wrong, in fact the King responded on the eighth of April and cannot attend,” Koy Kuong said.
A spokesman for the Royal Embassy of Cambodia in London reportedly told the Daily Mail newspaper that the King “has another important engagement” in Cambodia and could not attend.
Koy Kuong denied this was the case, citing the King’s “heavy work schedule” and a recent trip to China as a factor in the refusal.
“Right now he is in Beijing for healthcare and I’m not sure if he will be back in Cambodia or still in Beijing during the wedding,” he said, adding that he did not know any more details about the King’s schedule.
The British press alluded to a connection between the King’s recent refusal to attend with claims that King father Norodom Sihanouk declined to attend the wedding of Princess Alexandra and Sir Angus Oglivy in 1963, when he was reportedly denied accommodation at Windsor Castle and a guard of honour.
“As I said before it is due to his royal work schedule that he cannot attend,” Koy Kuong said in reference to the UK press allegations, which he stated were merely a coincidence.
Other royal attendees to Prince William’s wedding include the King of Bhutan, the King and Queen of Malaysia, the Crown Prince of Dubai, the Crown Prince of Bahrain, the Aga Khan and the Sultan of Brunei, out of a total of about 40 royals from around the world set to attend, according to The Sun.
A spokesman for the Cambodian Royal Palace was unavailable for comment yesterday.
Posted by CAAI News Media at 11:22 pm

Often the labels are glued on for infinity, requiring a has more than 10 per centum of
the Day-by-day note value per service of the food.