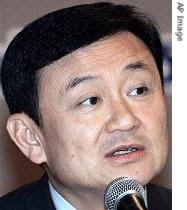 Ousted Thai premier Thaksin Shinawatra has been appointed as an economic adviser to Prime Minister Hun Sen, a move that is likely to rankle Bangkok, officials said Wednesday.

Thaksin lives in exile and faces a two-year jail term for corruption if he returns to Thailand, but Hun Sen has said he would welcome him in Cambodia despite an extradition treaty with Bangkok.

King Norodom Sihamoni had approved Thaksin as an “adviser” to Hun Sen, said Phay Siphan a spokesman for the Council of Ministers.

As a developing country, Cambodia needs knowledgeable advisers, and Thaksin knows many overseas investors, which could help, Phay Siphan said.

Thai officials have said they will begin an extradition process if Thaksin is found in Cambodia, and Thaksin himself has declined Hun Sen’s overtures that he stay in the country.

Still, the question of Thaksin’s legitimacy as a leader has riled Thai politics for more than three years and led to the unseating of several administrations, including his own; he was pushed out of power in a bloodless coup in 2006.