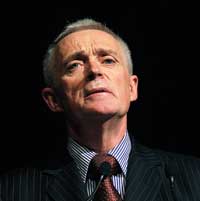 via CAAI
Wednesday, 20 October 2010 15:01 Jeremy Mullins
AUSTRALIAN miner OZ Minerals said yesterday that some of its exploration activities in Modulkiri province had “failed to return any significant mineralisation”, but that it had entered into a new joint venture in Cambodia.
Based on drill testing results, its Okvau-North site in Mondulkiri had been considered a “promising area”, according to a July quarterly update. But OZ said yesterday in a filing to the Australian stock exchange that follow-up drilling had not returned significant results.
The firm has encountered similar results at another Cambodian site. Assay results from the first drill hole tested at its Okvau North-West site had “failed to return any significant intersections”, the firm said. But the report added that another two drill holes testing the same area were planned for the fourth quarter. Okvau North-West is located some 1.6 kilometres from its Okvau inferred gold resource, identified at 605,000 ounces.
According to the report, the miner has also signed a joint venture to explore Phnom Peam Louk, which it says has many geological similarities to its existing Cambodian gold projects. OZ would hold 85 percent equity in the project, if mined. The firm would also continue drilling at the O Khlek Khlok joint venture in the fourth quarter, some 60 kilometres from Okvau. The amount of ore the firm mined at its flagship Prominent Hill operation in Australia grew to 3,318,790 tonnes during the quarter, from 2,566,096 tonnes.
Several officials from the Ministry of Industry, Mines, and Energy could not be reached yesterday. The firm slid 3.1 percent in ASX trading yesterday, ending at A$1.59 (US$1.56) a share.
Posted by CAAI News Media at 11:41 pm