Cambodia gets tough with sexual tourism 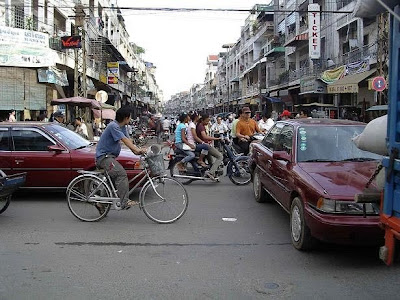 A Swedish man will serve six and a half years in prison for sex with three underage boys, a Cambodian court ruled on Tuesday.

Chhay Kong, the presiding judge at Phnom Penh Municipal Court, said 62-year-old Johan Brahim Escori was convicted and sentenced Tuesday on charges of illegal sexual intercourse with a 9-year-old boy he had adopted and indecent acts with two other boys under 15 years old.

He also ordered Escori to pay a four million riel (US$960) fine, and to be expelled from Cambodia after serving his sentence.

Lax law enforcement and poverty have made Cambodia a prime destination for foreigners seeking sex with minors. But police working with social activists have stepped up efforts to fight the crime, and several foreigners are serving lengthy prison terms for underage sex.