Parliamentary endorsement for three memorandums covering the demarcation of the border between Thailand and Cambodia will end all chances of national reconciliation, the leader of a civic group says. 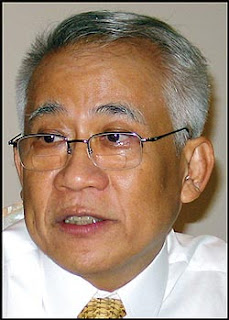 Banawit: Significant territory lost
Published: 1/11/2010
Banawit Kengrian, chairman of the National People's Assembly, said yesterday the endorsement of the three memos involving the demarcation of the land boundary, which were signed by the Joint Boundary Commission in 2008 and last year, would result in significant territorial loss for Thailand.
The three memorandums of understanding agreed to by the JBC, which is made up of members from the two neighbouring countries, support an earlier memo signed in 2000 by the Chuan Leekpai government.
Prime Minister Abhisit Vejjajiva has said the cabinet would seek parliamentary approval tomorrow for the three memos.
The commission cannot begin implementing the memorandums until it receives parliamentary approval.
The People's Alliance for Democracy (PAD) filed a complaint with the Administrative Court on Friday accusing the government of putting Thailand's territorial sovereignty at jeopardy by observing the memos.
The PAD sought an injunction against parliament to keep it from endorsing the three memos and an order to revoke the original 2000 memo on which they are based.
"If parliament endorses the MoUs, the government's attempts at reconciliation will fail," said Adm Banawit, a former deputy permanent secretary of defence.
"It would widen divisions in the country. Many people will not stand for the loss of our territory following the approval of the MoUs."
He said his group was behind the PAD's opposition to the memos.
The original memorandum and the JBC's memos based on it recognise a French map of the border area with a scale of 1:200,000 that puts Thailand at a territorial disadvantage, Adm Banawit said.
The memos used the disputed map and Siam-Franco treaties as the basis for boundary demarcation, he said.
Adm Banawit said his group and the PAD were concerned that if recognised by parliament, these documents would result in in the country ceding control of disputed areas near the Preah Vihear temple.
In its original ruling 50 years ago, the International Court of Justice used the French maps and treaty documents as the basis for its decision, which favoured Cambodia.
"Based on this map, Thailand will lose 1.8 million rai of land along the border and three-thirds of Koh Kut in Trat," Adm Banawit said.
The memos also indicate that Thailand and Cambodia would jointly demarcate the boundary between the countries, he said.
"Why do we have to conduct a new demarcation? We should strictly adhere to the boundary line that follows the watershed line of the mountain range. That would follow the international standard."
The PAD said it would gather tomorrow in front of parliament to oppose the government's plan to seek parliamentary endorsement of the memorandums.
Adm Banawit said his group had a satellite television television _ Channel 13 "Thai People's Voice" _ to campaign against the memos and other hot-button topics such as political corruption.
Adm Banawit said he was disappointed with Mr Abhisit's actions in rooting out corruption in his administration.
"Unlike the claims he made in his campaign before the last election, [Mr Abhisit] seems to be trying to secure his political stability rather than benefits for the public."
Mr Abhisit did not dare to take action against Interior Minister Chavarat Charnvirakul, leader of the Bhumjaithai Party, despite evidence warranting an investigation into corruption allegations.
Adm Banawit said if Mr Abhisit wanted to stand a chance at the election, he must act against corruption and not be overly concerned about keeping his position at the expense of key ministries being plundered by coalition parties.
Posted by CAAI News Media at 1:23 am