Mobile-phone operators face the levelling force of the free market 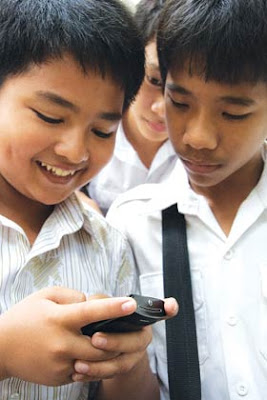 While Cambodia’s largely untapped mobile-phone market has potential for growth, insiders see the number of operators diminishing as the industry settles and the sector matures

But with 11 mobile operators currently licensed in Cambodia, eight of which are operating, industry insiders say consolidation is likely once the market settles and the sector starts to mature.

"Cambodia provides a unique opportunity," said Syed Azmeer, chief marketing officer of mobile operator Hello. "If you look at the whole Mekong Basin or Indochina markets, this is one of the last untapped markets."

Hello, which is owned by Telekom Malaysia International, launched its new 081 phone prefix last month, and Azmeer said economic development and a heavy investment in infrastructure would drive the sector forward. "We've seen a good uptake in the last two years. We have a lot more people who can afford to own a phone now," he said.

Thomas Hundt, the CEO of Smart Mobile - a local subsidiary of Russian firm Latelz Co Ltd, which became Cambodia's eighth operator when it launched in February - said prospects for growth were "significant", and would compensate for any downturn in the global economy.

"Despite the economic crisis, Cambodia is still developing. In countries where development is taking place, telecommunications is one of the vital drivers," he said.

Room to move
Despite the heated competition in the Cambodian market, Hundt said that "poor" customer service levels and an undistributed market gave a lot of room for operators to carve out their own niche. "Despite the fact that there is a clear market leader, there are still significant developments to come in all dimensions of telecommunications," he added.
"There is a lot of potential and a lot of investments have been made."

While mobile phones have become ubiquitous in Phnom Penh and the major provincial towns, their presence conceals the fact that the market is still largely in its infancy.

Hello CEO Yusoff Zamri said although Cambodia had a SIM card penetration rate of around 30 percent, the figure overrated the true number of mobile users. He said that since many locals owned more than one phone, the estimated 3.8 million SIM cards in circulation translated to perhaps 3 million actual subscribers - leaving a market of nearly 12 million who are yet to enter the sector.

He added that Telekom Malaysia has invested "in excess of $100 million" in capital investments for the coming years, an indication of the company's confidence in the sector.

Price war
But in an unsettled, price-sensitive mobile market, some say that eight operators - leaving aside the three players that have been issued licences by the government but have not yet launched services - will saturate the local market and that local costs, while a benefit to consumers, would drive down profitability.

"Eight operators is too many," said Pasi Koistinen, CEO of Star Cell Mobile, owned by local operator Applifone Co Ltd. While low prices would be a boon for consumers, he said that there would be "no room" for new entrants, and that a price war would undercut companies' ability to conduct profitable business.

Some sort of consolidation was therefore inevitable, he said, and the 11 licences would likely shrink as firms merged or bowed out of the market.

Hundt from Smart Mobile said consolidation would take place "in the medium to long term", but its exact form was hard to guess.

"I don't know any country in the world where eight or nine MP operators are in place," he said.
One method, said Hello CEO Yusoff Zamri, was direct government intervention in the sector. Zamri said Cambodia could follow the same path as Malaysia, which had eight operators until the government stepped in and forced them to merge with one another.

"What the government did was to force the companies to consolidate and let them talk amongst themselves and [work things out]. A couple years later, the number went down to three," he said. However, he added that consolidation depended largely on how willing the government was to intervene in a freely competitive market to "push" for consolidations.

In an interview with the Post March 23, So Khun, Minister of Posts and Telecommunications, acknowledged that there were natural limits to the number of operators who could profitably operate in the domestic market, but that its international free trade obligations prevented it from forcing companies to consolidate. "I think Cambodia should have only three mobile service providers, but we can't limit the number we have as Cambodia is a member of the World Trade Organisation," he said.

"The market is still there because penetration is still low, and the operators can see this," he said.
How the sector will settle over the next 10 years will be determined in large part on how operators can differentiate their services from one another.

Aside from the standard virtues of value for money and reliability, another potential frontier is technological innovation. With the launch of the qb (pronounced cube) network last March, 3G mobile internet services were pushed to the forefront of the Cambodian market.

Azmeer from Hello said the adoption of new electronic credit top-up technologies would increase the willingness of people to adopt mobile technologies.

"What's important here is the synergy between the bank and the telco," he said, adding that Hello was the first company to give its customers access to Wing services.

No appetite for sharing among cambodia's mobile phone operators

EFFORTS are being made to reform Cambodia's notoriously anarchic mobile telecommunications industry, according to industry insiders, but officials say the government lacks the necessary laws to promote full cooperation between the country's eight telco operators.

Cambodia's mobile phone towers are owned by private companies, and without the regulatory framework, there is no way for the government to force operators into cooperation.
Thomas Hundt, CEO of Smart Phone, said that tower sharing had benefits both for the urban environment - by keeping the number of towers low - and for consumers, since companies did not each need to make expensive capital investments. "We are also in discussion about these things because we believe it benefits not only the mobile operators, but also the public domain," he said.

But Mao Chakrya, Director General of the Ministry of Posts and Telecommunications, said some operators could be reluctant to share antennae as it could affect their ability to optimise signals. However, in the absence of a legal framework for the issue, the ministry's hands were tied, he said. He refused to say if a draft law under consideration would force operators to share antennae, acknowledging only that legislation was not the only way to bring providers together.

"It could be a good business strategy for a private company to come and build antennae to lease to providers," he said.

In terms of interconnectability, the Cambodian government put responsibility in the hands of private operators. Hundt said Smart Phone had concluded interconnection agreements with all operators and that its interconnection operated at a "very high level".

Yusoff Zamri, CEO of Hello mobile, said that there had been considerable improvements in interconnectivity in recent years, but that there were still improvements to be made.

But he emphasised the problem was not technical, and that just one local operator - whom he declined to name - was preventing connection from Hello subscribers "We only have issues with one particular operator. Except for this particular operator, we have no issue: [other operators] reach consensus quite quickly," he said.

"It's not a technical issue. It's more a strategic issue from this operator."