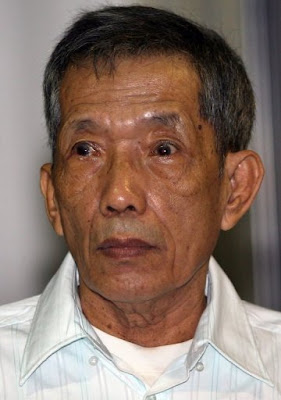 Kaing Guek Eav, better known as Duch, is on trial for crimes against humanity in Cambodia 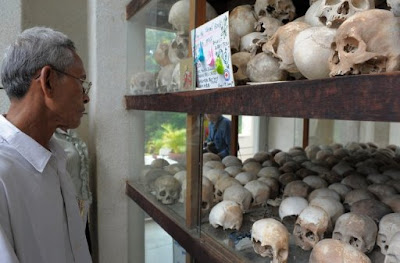 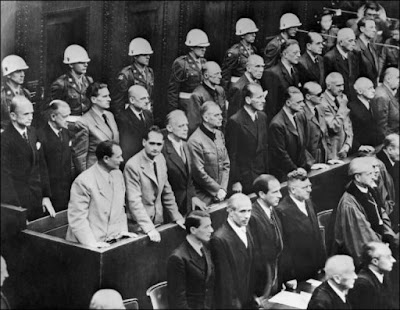 PHNOM PENH — Hitler's chief architect Albert Speer is set to play a posthumous role this week when the trial of the main jailer for Cambodia's Khmer Rouge regime hears final arguments from lawyers.

Speer escaped death at the Nuremberg trials after World War II by admitting responsibility for Nazi crimes and expressing remorse for using concentration camp inmates and prisoners of war for slave labour.

Similarly, Khmer Rouge cadre Duch is expected to repeat his expressions of remorse for the deaths of around 15,000 at the communist movement's main detention centre, a move his defence hope will spare him from life in prison.

Duch's defence has submitted as part of his case file the memoir by former Nuremberg prosecutor Henry King, "The Two Worlds of Albert Speer", in a bid to highlight similarities and show that Duch could one day foster reconciliation.

"He gave certain information to the prosecutor which helped in the search for truth and the Nuremberg tribunal took account of all that in its decision and accepted attenuating circumstances for Speer," Roux said.

"It is interesting to see that for Speer as for Duch, some people believe he hasn't told everything. Several books have been written posing questions about the sincerity of these admissions made at the end of his life.

"The similarity is interesting because whatever he could have said, the law -- and this is what interests me -- took into account his (Speer's) admissions and his cooperation, and condemned him to 20 years in jail instead of the death penalty which had been demanded for him."

After World War II Speer, who was also the German minister for war production, was the lone senior member of Adolf Hitler's leadership circle to cooperate with the historic Nuremberg war crimes tribunal.

Nuremberg prosecutor King, who visited Speer after his trial, wrote that the former Nazi who had once planned to build an imposing new capital for the Third Reich used the rest of his life to ponder his actions and seek redemption.

Sitting calmly in the dock, Duch has also largely cooperated at his own trial, explaining complicated documents and offering comments as officials traced how he oversaw Tuol Sleng prison with brutal efficiency.

Of the five former Khmer Rouge leaders currently being held in the purpose-built jail at Cambodia's UN-backed war crimes court, Duch is the only one who has admitted guilt for abuses committed by the regime.

"Duch has been coached and has performed well in his apology," said Youk Chhang, director of the Documentation Centre of Cambodia, which researches Khmer Rouge crimes.

Duch has also invited Khmer Rouge victims to visit him in jail.

But it is unclear if anyone will take up Duch's offer, and some say the comparison with Speer could backfire.

Like victims of Speer and the Nazis, many Cambodians say they do not believe Duch's apologies are genuine.

The former maths teacher has denied several allegations he personally tortured and killed Khmer Rouge prisoners, saying throughout proceedings that he feared for his life and his family, and acted under orders from superiors.

Likewise, Speer sought to distance himself from Hitler's policies.

"He (Speer) wasn't a total bloodless bureaucrat like he said," historian Peter Maguire, who has written books about Nuremberg and the Khmer Rouge, told AFP.

"There were some ridiculous verdicts and that was one of them. Speer should have gotten the death penalty," Maguire said.

Led by Pol Pot, who died in 1998, the Khmer Rouge emptied Cambodia's cities in a bid to forge a communist utopia, resulting in the deaths of up to two million people from starvation, overwork and torture.

Duch will have to wait until his verdict, expected early next year, to find out whether the comparison with Speer has worked.

But his defence lawyer said that even larger issues were at stake.

"Can this man, who accepts that he committed crimes against humanity, come back today into humanity?" said Roux.