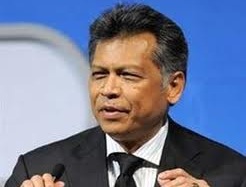 via CAAI
BANGKOK, Feb 5 -- Thailand and Cambodia should allow fellow members of the Association of Southeast Asian Nations (ASEAN) to help settle their ongoing fierce fighting at the disputed border which entered a second day Saturday, said ASEAN secretary-general Surin Pitsuwan.
According to Mr Surin, a former Thailand foreign minister, the situation has escalated into open conflict, and that it would definitely affect ASEAN economic development, confidence in the region, tourism, and prospects for foreign investment, which have just begun picking up in light of the world economic recovery.
He said he had sent letters to Thai Foreign Affairs Minister Kasit Piromya and his Cambodian counterpart Hor Namhong to quickly find ways to end the conflict and exercise the utmost restraint so that both parties could return to the negotiating table.
Surin said he had been in touch with both sides, who he understood each welcomed ASEAN mediation.
As current chairholder of ASEAN, Indonesia is preparing to issue a statement expressing concerns over the tense situation along the Thai-Cambodian border, Mr Surin said.
He said both Thai and Cambodian foreign ministers have agreed to allow ASEAN to play a larger mediation role aimed at ending the fighting as short term measures but the format of ASEAN's role was not clearly specify.
Both countries, along with Brunei, Indonesia, Laos, Malaysia, Myanmar, the Philippines, Singapore and Vietnam, are member states of ASEAN. (MCOT online news)
Posted by CAAI News Media at 9:15 am

Please let me know if you're looking for a author for your site. You have some really good articles and I believe I would be a good asset. If you ever want to take some of the load off, I'd
love to write some content for your blog in exchange for a
link back to mine. Please send me an email if interested.
Thank you!

I am regular reader, how are you everybody? This piece of writing posted at this web site is in fact good.

It's really very complicated in this busy life to listen news on Television, therefore I simply use web for that reason, and get the latest information.

I know this if off topic but I'm looking into starting my own blog and was wondering what all is needed to get set up? I'm
assuming having a blog like yours would cost a pretty penny?
I'm not very web savvy so I'm not 100% sure.

Any recommendations or advice would be greatly appreciated.
Many thanks

This blog was... how do I say it? Relevant!! Finally I've found something which helped me. Kudos!

I think what you published made a ton of sense. But, think about this, what if you were
to write a killer headline? I mean, I don't want to tell you how to run your blog, however what if you added a post title that grabbed a person's attention?

I mean "ASEAN chief: Thailand, Cambodia should allow ASEAN to help ease conflict" is a little boring.
You should glance at Yahoo's home page and watch how they create article titles to get viewers to click. You might add a related video or a picture or two to get readers interested about what you've written.
Just my opinion, it would bring your website a little bit more interesting.

Hi! Someone in my Myspace group shared this website with us so I came to look it over.
I'm definitely loving the information. I'm book-marking and will be tweeting this to my
followers! Superb blog and superb design.

Have you ever considered about including a little bit more than
just your articles? I mean, what you say is fundamental and everything.
But just imagine if you added some great visuals or
videos to give your posts more, "pop"! Your content is excellent but with pics and video clips,
this blog could certainly be one of the most beneficial in its field.
Terrific blog!

Here is my web site: parlours