Pull out the troops, bring in the surveyors

via CAAI
Published: 6/02/2011
It may never be known for certain who fired the first rounds on Friday afternoon and set off the hostilities between Thai and Cambodian troops along the border near the Preah Vihear temple that evening. Fighting flared up again yesterday morning, and before a ceasefire was agreed yesterday afternoon, at least three people were dead _ a Thai soldier, a Cambodian soldier and a Thai villager _ several soldiers were injured on both sides and four Thai Rangers were captured, but later released. 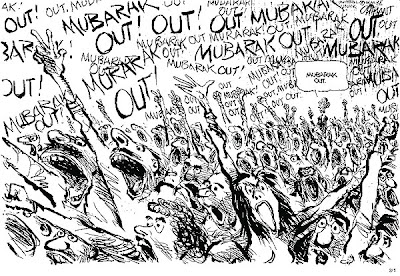 Cambodian Information Minister Khieu Kanharith said the fighting began when Thai soldiers fired on Cambodian troops in response to warning shots fired into the air by the Cambodians side to keep the Thais from crossing into Cambodian territory.
Army spokesman Sansern Kaewkamnerd said the deadly skirmish started when Cambodia fired artillery rounds onto Thai territory. ''We had to return fire,'' said Col Sansern. Naturally we in Thailand tend to give the Thai military the benefit of the doubt and believe its version of events, but regardless of who fired first, it is the governments of both countries who are at fault for ordering their respective troops to mass at the border to protect claims to a 4.2 square kilometre tract of land surrounding an 11th-century temple. In such a situation, where all the preparations are for war, it is only a matter of time before the peace is destroyed and lives are lost.
Now rational people can only hope that the events of the last two days will serve as a call to reason rather than to war.
It's high time for the Thai government and the Cambodian government to begin the difficult but not life-threatening business of settling the territorial dispute. Then Preah Vihear can enjoy its rightful legacy as a World Heritage Site, something which will bring cultural and economic benefits to both countries.
A number of things will have to happen before this becomes a reality. First both governments should call their troops back from the border. Fortunately, a ceasefire has been arranged and hopefully it will hold. But a Thai army source has already reported that three battalions and heavy arms are being sent to reinforce the approximately 3,000 troops in the disputed area. Presumably, the same sort of build-up is taking place on the other side of the border. What can this possibly accomplish?
Prime Minister Abhisit could take the lead in providing a sane example for Prime Minister Hun Sen to follow and pull Thai troops well away from the border. Surely there is no real threat of a Cambodian invasion onto Thai soil at this time, or vice-versa. However, a mutual redeployment at the same time would probably be the best route, to allow both sides to save face.
Along with a troop pullback, both sides should immediately stop any construction in disputed areas. The Thai army reportedly is building a route and a bridge to give access to the Keo Sikha Kiri Savara pagoda and other disputed areas. At the same time, Cambodia allegedly is constructing an access road to Preah Vihear temple through land that is claimed by Thailand. All such work should be halted until a boundary agreement is reached.
Finally, the Thai-Cambodian Joint Border Committee (JBC), set up in 2000 under a memorandum of understanding (MOU) between the two countries, should be allowed to get on with its work unimpeded by political considerations.
The MOU authorises the JBC to conduct surveys and demarcate the entire stretch of the boundary. According to Article 5 of the MOU, both sides have also agreed to refrain from undertaking any action that would change the environment of the area under the conflicting boundary claim.
Prime Minister Abhisit was right to reject the demand of the People's Alliance for Democracy to void the 2000 memorandum and the work of the JBC, but he has not been forceful in making the demarcation a priority. This is the only useful solution to the border problem, and the only way that Preah Vihear temple will be able to claim its legacy.
If, on the other hand, both countries continue to adopt a war posture, there is no telling where it might lead.
Posted by CAAI News Media at 9:45 am