Revisiting the reign of TERROR


With the Khmer Rouge trial in progress, a new documentary on Pol Pot's top aide sheds light on Cambodia's dark past
Published: 4/05/2011 at 12:00 AM
Newspaper section: Life
To make a movie about Cambodia under the Khmer Rouge is to hear the cries from the graveyards. To revisit the Pol Pot era, even three decades later, is to walk among the ghosts. And to walk among the ghosts _ especially the Cambodian ghosts now that the word "Cambodia" rings with an awkward tinge to some Thais _ is to remember what makes us not Thai or Cambodian, but human all the same. 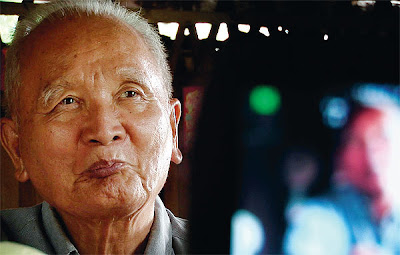 Nuon Chea, the Khmer Rouge’s number-two commander, opens up in new documentary, Enemies of the People.
To international viewers, the best-known film about Cambodia and the tragedy of the mid-1970s is The Killing Fields (shot partly in Bangkok itself). But the most chilling and historically valuable account on that subject is not the 1984 Western-produced drama: it is, in 2003, the documentary S21: The Khmer Rouge Killing Machine by Rithy Panh, and now, in 2011, it is another doc Enemies of the People, in which the ghosts walk and talk perhaps in the hope of making themselves heard once again.

Directed by Rob Lemkin and Thet Sambath, Enemies of the People scores an unusual feat and it's scheduled to open in a Bangkok multiplex, on one screen, on May 19. As the border throbs and uncertainty rules relations between Thailand and Cambodia, a re-examination of a bloodied chapter in Khmer history seems not an irrelevant matter; rather it is a lesson for both sides on how madness and violence, how knives and guns and arrogance, can easily spiral out of control and plunge everybody into hell. 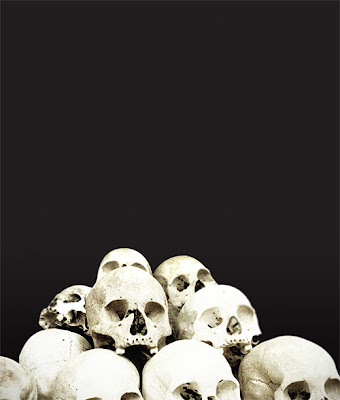 "I do this not for journalism," says Thet Sambath, co-director and protagonist of the film, "I do this for history."
Among other things, Enemies of the People is a documentary about an unlikely friendship. In the film, we follow Thet Sambath, a reporter at the Phnom Penh Post, as he recounts the 10 years he's spent researching and getting acquainted with Nuon Chea, a top Khmer Rouge commander who's also known as "Brother Number Two" (in old news footage, Chea is the slightly chubby man who walks right behind Pol Pot everywhere he goes, including on a trip to China).
Now in his 80s, frail yet articulate, Chea is the last surviving Khmer Rouge leader who at this moment _ and this adds another urgency to the film _ awaits UN trial for crimes his regime committed 35 years ago.
Sambath's father, mother and older brother were killed during 1974 to 1977, and for years the young man was consumed by the need to understand why such atrocity, which left two million dead, was even possible (see box). ''I never really understood what happened under the Khmer Rouge. I read history books _ almost all by Westerners _ but it still didn't make sense to me: why were so many people killed?'' Sambath says in a note. ''It could not be just because the Khmer Rouge were 'bad people'.''
In early 2000s, Sambath got to know Nuon Chea, and the bulk of Enemies of the People shows Sambath's weekly trip to visit the old communist at his house _ like a son visiting his grandfather. The irony of life contributes to the accidental drama here: Sambath didn't tell Chea that his family were killed by the Khmer Rouge, and the two men seem to like each other's company enough that Chea allows the journalist to film him. Initially, Sambath didn't dare ask the questions he'd been meaning to ask, while Chea kept saying the usual lines, ''I was low ranking, I'm not a killer''. But slowly, the old Red grew to trust the young man and opens up, and everything is captured on his video camera. 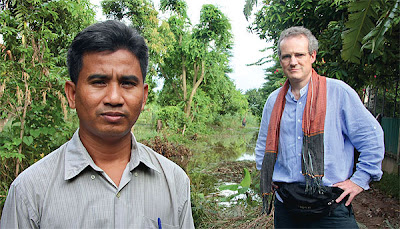 Thet Sambath  Rob Lemkin
''One day he said to me 'Sambath, I trust you, you are the person I would like to tell my story to. Ask me what you want to know','' Sambath recalls.
Nuon Chea, tired, regretful and defiant, is not the only subject in Enemies of the People. Throughout the years Sambath also befriended at least two other former Khmer Rouge soldiers, both of them now in their 60s and residing in a village not far from the mass graves where they once buried people. Looking tired and weathered, as if the weight of history has caught up with them, the two soldiers answer Sambath's questions, point him the site where they once killed people, and in one harrowing scene, demonstrate with a knife how they slit a man's throat. Not a single drop of blood is seen, but it's one of the scariest things you'll see on a screen in a long time.
''My sources are country people. The Khmer Rouge were all country people,'' Sambath wrote. ''They don't talk to people from the city, let alone foreigners. I am a country person. I think that's why, in the end, they talked to me. I am one of them.
''In 2005 I started to plan a book. But I worried no one would believe me. So I began tape-recording all my interviews. Then I worried they still might not believe. So, in 2006, I began videotaping my interviews and meetings.'' That same year, Sambath met Rob Lemkin, a documentary filmmaker who visited Phnom Penh, and Enemies of the People was the result of that meeting.
''I see Sambath as a man trying to make sense of the nightmare of his childhood,'' says Lemkin in his notes. ''I also see him as a representative of the Second Generation, working to ferret out the truth from the First Generation, in order to convey the meaning of history to the Third Generation. In this sense this story could be from Germany, South Africa, Northern Ireland, Yugoslavia, Rwanda, Iraq, Sudan.'' 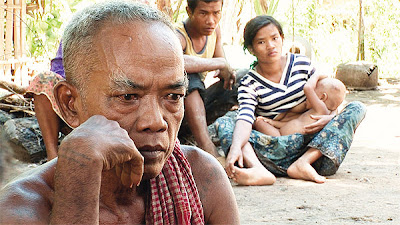