From "killing fields" to halls of United Nations

via CAAI News Media
By Guy Busby
January 30, 2010
FOLEY, Ala. -- Sichan Siv escaped Cambodia in 1976, walking for days through the jungle, starving, wounded, the only one of 16 members of his family to survive the genocide that became known as "the killing fields."
He returned to Cambodia 16 years later, leading a diplomatic mission as the representative of President George H.W. Bush. He later became U.S. ambassador to the United Nations under President George W. Bush. 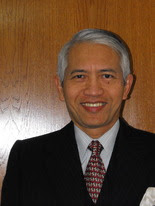 Former U.N. Ambassador Sichan Siv addresses South Baldwin Chamber of Commerce
On Friday, while he was in Foley to address the South Baldwin Chamber of Commerce, Siv attributed his success -- and survival -- to his mother.
"The most important words that she instilled in me was 'never lose hope. No matter what happens, never give up hope,'" he said.
When the Khmer Rouge communist rebels took over Cambodia and began targeting intellectuals, which included college graduates such as Siv, his mother gave him a scarf and a bag of rice and told him to flee.
He rode a bicycle across Cambodia for three weeks, almost reaching the border of Thailand before being captured. A man saved Siv's life by convincing his captors that he was a truck driver.
Siv, however, had thrown away his glasses, a sign of being an intellectual. "I told the Khmer Rouge I was a truck driver, but without glasses, I couldn't see the road," Siv said.
He escaped after jumping off a logging truck. That time he reached Thailand.
After spending several months in a refugee camp, he was allowed to enter the United States.
"On June 4, 1976, I arrived in Warringford, Conn., with $2 in my pocket, my mother's scarf and an empty rice bag," he said. "I was exhausted. I was tired. I was sick, but I was full of hope."
Siv picked apples, worked in an ice cream shop and drove a New York taxi until he received a scholarship to Columbia University.
After working in the 1988 Bush campaign, Siv was named deputy assistant to the president.
When Siv returned to Cambodia, he went to his father's village. The people there told him he had "golden bones," the Cambodian term for someone who is very blessed.
Siv made the term the title of his autobiography. He said, however, that "Golden Bones," refers not just to his own life, but his adopted country.
"We are all people of golden bones because we very lucky, very blessed to be in America," he said.
Siv, now lives in San Antonio, Texas, with his wife, Martha. Alabama, however also has a connection to his life. His brother was stationed in Huntsville in 1973 for military training and wrote Siv about the area.
Siv said he concluded his book with a line his brother wrote while in Alabama. "This is a beautiful country."
Posted by CAAI News Media at 7:59 am No comments:

via CAAI News Media
By SOPHENG CHEANG
Associated Press Writer
Sunday, January 31
PHNOM PENH, Cambodia – Cambodian reported Saturday its troops killed one Thai soldier in the latest border clash between their militaries.
Khuy Sokha, governor of western Pursat province, said troops from the two sides fought for about 15 minutes late Friday after about 20 Thai soldiers crossed into Cambodian territory and refused to leave when confronted by Cambodian soldiers.
Cambodian Defense Ministry spokesman Lt. Gen. Chhum Socheat said one Thai soldier was killed, with Cambodian troops firing AK-47 assault rifles and B-40 rocket propelled grenades.
Thai officials were not immediately available for comment.
Cambodia's relations with Thailand deteriorated two years ago, when nationalistic public opinion forced Bangkok to withdraw its support for a Cambodian application to designate a famous border temple a U.N. World Heritage site. The issue sparked renewed interest in some small tracts of disputed territory near the Preah Vihear temple, and the two countries' soldiers since then have clashed several times.
Khuy Sokha said the body of the Thai soldier killed in the latest clash was turned over to Thai authorities Saturday morning after negotiations.
Posted by CAAI News Media at 7:56 am No comments:

via CAAI News Media
English.news.cn
2010-01-30 20
PHNOM PENH, Jan. 30 (Xinhua) -- A Cambodia's National Defense Ministry official said Saturday that there was another small fire between Thai and Cambodian troops in Veal Veng district in Pursat province.
Maj. Gen. Chhum Socheat, spokesman of Cambodia's National Defense Ministry told reporters that the clash happened at about 10 p.m. on Friday night but "we are still investigating the reason and who started the fire first." He said he also learned from the troops that the fire has resulted in the death of one Thai solider and injury of a few others.
But no one was reportedly killed or injured from the Cambodian side, he said.
Keo Sokunthear, vice police chief of Pursat province told reporters that as many as 20 Thai soldiers were trying to trespass Cambodian territory on Friday night before fire exchanged.
He said no Cambodian soldiers had lost lives in the fire, but one Thai soldier was killed and a few others might be injured, but he could not give the actual number.
On Sunday last week, Thai and Cambodian troops also exchanged a fire at the border area, east of Cambodia's Preah Vihear temple, a place of the border dispute between the two countries since July 2008.
Editor: Xiong Tong
Posted by CAAI News Media at 7:54 am No comments:

Cambodia ship held by court, not taken by Somalis 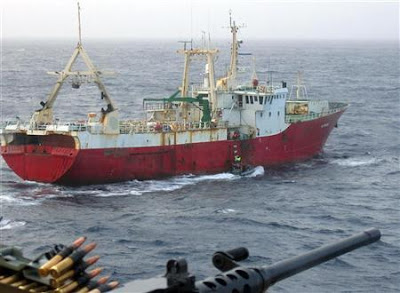 via CAAI News Media
Sat Jan 30, 2010
HARGEISA (Reuters) - A Cambodian vessel reportedly hijacked off Somalia instead was detained in the Somaliland port of Berbera on court orders, a port official said on Saturday.
The Kenya-based East African Seafarers' Assistance Programme earlier in the week had said the MV Layla-S had been hijacked after discharging its cargo in the breakaway northern enclave of Somaliland last year.
However, assistant chief of Berbera port Bile Hirsi said the ship was held after a local businessman, whose goods were destroyed in a fire on board another ship that belongs to the owners Layla-S, asked the court to detain it.
"The ship is in Berbera port by the order of the regional court of Berbera, because Abdillahi Omar -- a businessman who had a lot of merchandise on the ship that burned outside the port last October -- made a complaint to the regional court and the court ordered that the ship should remain in the port," he said.
Bile said the businessman wanted compensation for merchandise destroyed in the Maria Star fire.
Somaliland, which declared itself independent in 1991, is proud of its relative stability compared with the south of Somalia, where hardline Islamist rebels control large amounts of territory and are battling a weak Western-backed government.
Posted by CAAI News Media at 7:51 am 1 comment:

via CAAI News Media
Jan 30, 2010
PHNOM PENH - CAMBODIAN and Thai troops have had a brief shoot-out on their disputed border, a Cambodian defence ministry spokesman said on Saturday, in the latest such flare-up.
Mr Chum Socheat told AFP that soldiers from the two countries exchanged fire for two or three minutes on Friday evening.
'We are now further investigating into the problem to find out how it started. We can't tell who started it first,' he said. He added that Cambodian troops reported a Thai soldier was killed in the skirmish, however Thai military officials were not immediately available to comment.
Troops from the two countries briefly exchanged fire in disputed territory near an ancient Khmer temple last Sunday.
Cambodia and Thailand have been at loggerheads over their border for decades. Nationalist tensions spilled over into violence in July 2008, when the Preah Vihear temple was granted Unesco World Heritage status.
Four soldiers were killed in clashes in the temple area in 2008 and three more in a gunbattle last April. The border has never been fully demarcated, partly because it is littered with landmines left over from decades of war in Cambodia. -- AFP
Posted by CAAI News Media at 7:49 am No comments: