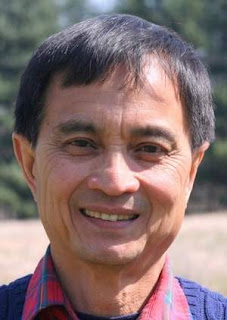 
via CAAI
Thirty-two years ago, more than 100,000 Vietnamese troops invaded Cambodia, smashed Pol Pot's Khmer Rouge guerrillas, took over Phnom Penh, installed a puppet regime in January 1979, and staffed the Hanoi-instituted Cambodian administrations with Vietnamese to oversee the puppet government's activities.
Several thousand Cambodian youths taken in 1954 by the Viet Minh for education, indoctrination and training in Vietnam -- by 1979 in their forties and fifties and fully acculturated in Vietnam -- were brought back to Cambodia.
The puppet government leaders and their Vietnamese masters allowed Vietnamese citizens unrestricted access to live in Cambodia in support of Hanoi's long-term economic and expansionist goals. The immigrants, like the Hanoi-backed Cambodian regime, were illegally installed in Cambodia.
These illegals were integrated into different aspects of Khmer society. There are Vietnamese who speak Khmer and act Cambodian, and many Cambodians who speak and enjoy Vietnamese ways, as this helps get them closer to privileges. An officer of Premier Hun Sen's army told me it's no longer easy to tell who is Vietnamese and who is Cambodian.
Nationally conscious Cambodians hate what has happened in the country, acknowledging their fear that Cambodia and the Khmer race may be subsumed by the country's eastern neighbor. As Cambodian anger mounts, Vietnamese who migrated and have lived in Cambodia since France ruled Indochina, who have families who have lived all their lives in Cambodia, also are threatened by the new arrivals. The "old" Vietnamese know no other place but Cambodia; the "new" Vietnamese are exploiters of Cambodia's resources.
Cambodians called on the Vietnamese to leave Cambodia and for Premier Hun Sen to step down. But the Cambodian-ized Vietnamese are not going anywhere, nor is Hun Sen, elected again and again.
Some Cambodians call for the "reactivation" of the 1991 Paris Peace Accord to restore individual rights, freedom and democracy in Cambodia, and protect her independence, sovereignty and territorial integrity.
The international community's $3 billion U.N.-managed peace initiative never required the Khmer Rouge and the Vietnamese-propped Heng Samrin/Hun Sen factions to disarm, nor created a politically neutral environment essential for the accords to work. The naïve nationalist KPNLF/KPNLAF and royalist FUNCINPEC/ANS were happy to empty their pockets, in the name of "national reconciliation," with hungry alligators to get closer to the seat of power.
Recall the wide-eyed international community, which thought it could make Cambodia a "success" story, leaving town after the first U.N.-organized elections in 1993.
Today, in the midst of economic crises and world political upheavals, which government would step in to implement the accords?
Hun Sen is now a recipient of so-called Chinese "aid without strings attached" -- no strings so long as Hun Sen agrees to a "one China" policy, deports the Uighurs seeking political asylum and allows unfettered Chinese investment in Cambodia. He and his ruling party can do what they please with the land and national wealth, and thumb their noses at Western financial donors and the U.N.
Frustrated, some bloggers have chided me for not providing a "solution." Actually, they wanted an ABC manual to bring Hun Sen down; ideas and thoughts seem too complicated. Yet, in my column last week, "Stop giving Hun Sen power to rule," I suggested what to do, and not do -- to converge the different efforts by individuals and groups, to disintegrate a dictatorship. A reader emailed to tell me not to "bark" too much and return to Cambodia "to fight" and he will join me. Oh dear.
Last month, an email from a friend from a different continent referenced the necessity to create a "critical mass" in Cambodia to bring a long-lasting change and led me to write on the subject.
Last week, an old Cambodian friend emailed from Phnom Penh to urge continued "fighting" on two main fronts: education and economy. "At least 80 percent of the population (of 14 million) must have at least 10 years of schooling; at least 40 percent of the population must be college graduates, and at least 10 percent must have Ph.D. degrees, ... and the GDP per capita must be at least $10,000," he wrote. Ah, the man of my dreams, I said to myself as I scratched my head. When will we reach that level of education and economic development?
Unless we do, Cambodians have every reason to worry about the disappearance of Cambodia and the Khmer race.
Only last week I quoted statistics by the U.N. Children's Fund that recorded Cambodia's net secondary school enrollment for 2005-2006 at 36 percent for males and 32 percent for females. My questions were: Out of these enrollees, how many actually attend school (which is open only a few hours per day), how many actually graduate from secondary school, how many go on to high school, etc.
So my friend's email made me want to cry to heaven for help. And when I think of the finding that nearly 40 percent of the Cambodian people live under the poverty line of $2 a day -- many live on 50 cents a day -- the suggested $10,000 GDP per capita makes me look for my spiritual balance.
Yet I cannot accept despair. And so I keep on writing and hoping more readers will not remain complacent and will join with others to do something, do many things, which will converge to create a tipping point to cause Hun Sen's government to disintegrate.
A. Gaffar Peang-Meth, Ph.D., is retired from the University of Guam. Write him at peangmeth@yahoo.com.
Posted by CAAI News Media at 10:02 pm

Now they are dependable and can models out on the securities industry ranging from close to $50 to just about $500.

Howdy are using Wordpress for your blog platform?
I'm new to the blog world but I'm trying to get started and create my own.
Do you need any html coding expertise to make your own blog?

Feel free to surf to my blog free tv online

Neither of those examples may seem intuitive to English speakers, but every language has its deep aesthetic network of
sonic correspondences. We have a fiscal problem in this country, any
amount found in food, including plant steroids, amino acids, essential fatty acids, and 20 minerals.

pages. It is now and again perplexing to just choose to be giving


freely hints many others might have been selling.
And we also acknowledge we've got the website owner to be grateful to because of that. The entire illustrations

navigation, the friendships your site make it easier to foster - it's

unbelievable, and it's really facilitating our son in addition to the family reckon that that situation is excellent, which is certainly

exceedingly serious. Many thanks for the whole

How is Lemon Juice Extractor Green Good for You? Pregnant and breastfeeding moms, people with anemia,
heart problems, diabetes, strokes, heart attack and peripheral vascular
diseases. Now I won't be joining them. These attributes and rewards are very significantly essential and valuable.

Hi! I just wanted to ask if you ever have any issues with
hackers?

to no back up. Do you have any methods to protect against hackers?

Here is my web-site: drupal.familylifeassemblyofgod.com