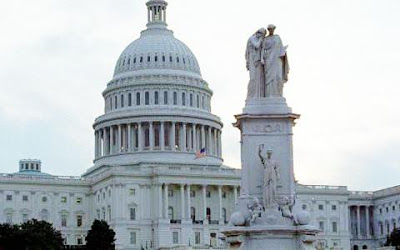 US Congress, located in Washington, DC.
“We will educate the members of Congress about what the Cambodian people are facing.”
A Cambodian-American advocacy group has begun a lobbying campaign in the US Congress for hundreds of thousands of Cambodians living in the US.
“We will educate the members of Congress about what the Cambodian people are facing,” said Theanvy Kuoch, founder of the National Cambodian American Health Initiative.
Cambodians who survived war and made it to the US are not well understood, she said. “We work together in the United States to meet congressional members and educate them who Cambodians are. If not, they don’t know us.”
About 15 US-Cambodians will talk to lawmakers May 24 and May 25 to discuss issues ranging from diabetes and high blood pressure to mental trauma and psychosomatic conditions, she said.
The group will also organize about 500 Cambodians to hold a candlelight vigil in front of the White House in Washington this fall, she said.
Dani Morton, a grassroots activist from Seattle, Wash., who has worked closely with Theanvy Kuoch, said Cambodians are often heard at the national level.
“There are all kinds of consequences we see in Cambodian communities, which are mainly language and cultural barriers,” she said.
Both Morton and Theanvy Kuoch traveled to Washington last week to join the 32nd anniversary of Refugees International.
Posted by CAAI News Media at 8:25 am