US urges restraint on Thai-Cambodia border 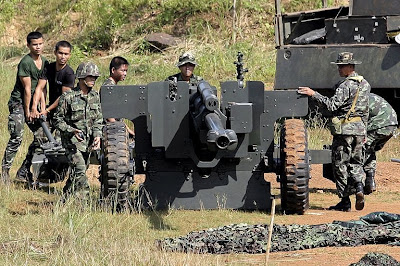 via CAAI
WASHINGTON — The United States on Friday urged Thailand and Cambodia to show "maximum restraint" after soldiers exchanged fire on the two countries' border, leaving at least two people dead.
"The United States urges both sides to exercise maximum restraint and take all necessary steps to reduce tensions and avoid further conflict," a State Department spokesperson told AFP.
"We are closely monitoring the situation," she said.
Thailand and Cambodia each accused each other of starting the skirmishes near the ancient Preah Vihear temple, which has long been a source of dispute between the Southeast Asian nations.
Cambodia said it planned to take the incident to the UN Security Council.
Posted by CAAI News Media at 9:25 am