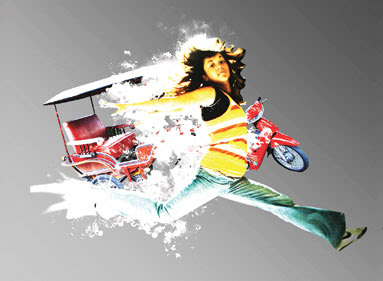 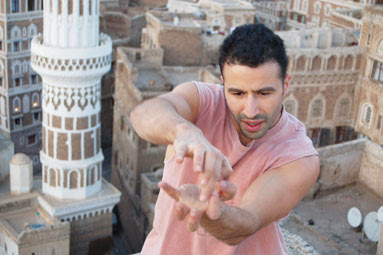 
via CAAI
Tuesday, 03 May 2011 15:00 Sarah Macklin
HIP-HOP dancers from Phnom Penh are in rehearsal this week and next with French choreographer Nabil Ouelhadj for two special performances at Chenla Theatre on May 11 and 12.
The young dancers are from Tiny Toones, an NGO that works with vulnerable children to educate them and encourage their artistic blooming through dance and music.
Other youngsters have travelled from their home town of Battambang to take part in the workshops. They have been learning arts, music and dance through the Battambang Development Base, which works which street children in association with the established arts school Phare Ponleu Selpak.
Together they are rehearsing with the French choreographer to adapt a dance show called Crazy Car. Naturally the dance will include a real tuk tuk, as a nod to Cambodian influences.
But Ouelhadj sees the work as a collaborative effort, the reflection of multiple encounters with the local artists while working here.
The dance show is called Carnet de Voyage, or Book Travel. “It presents a multiplicity of spaces and energies, a symbiosis between the architecture of the vehicle and the dancers, whose encounters adopt the rhythm of the traffic,” explains the choreographer.
“They explore the plasticity of this space, a place of possibilities in which their freedom is expressed by means of imitative trajectories, giving the public the impression of an immobile journey’,” he says.
Despite the impenetrable artspeak, his shows are a real spectacle of colour and movement, showing influences as varied as Chinese circus and hip-hop, blending audiovisual feasts of sound and hues to create his own vision.
The project is very much a reflection of the energy, enthusiasm and openness of spirit of artists from various horizons, says Ouelhadj, who comes from Lille.
His travels are with the Racines Carrées company in Cambodia are under the auspices of the French Cultural Centre (CCF) in Phnom Penh, and his dance career has taken him from performances in Germany and France to Yemen and Cambodia.
Ouelhadj first travelled to Cambodia last year as a choreographer and interpreter in a production directed by Samir Akika, called I Should Be So Lucky and Unusual Symptoms. While in Phnom Penh, he began meeting Cambodian artists from all kinds of directions, working in contemporary dance and hip-hop.
These meetings – transcending the barriers of language and culture – inspired him to create a new artistic language of dance in this new work, thanks to the initiatives of the CCF, who invited two other French hip-hop dancers and break dancers.
Tickets to the two performances are free from CCF at 218, Street 184, Phnom Penh or from Amrita Performing Arts at 128 Sothearos Boulevard.
See Carnet de Voyage, preceded by the work Pensée Contemporaine with choreography by Khen Somnang, at Chenla Theatre, May 11 and 12, at 7pm.
Posted by CAAI News Media at 11:53 pm

Currently we have been working on two new project called Certified Mixtapez
and Free Mixtapes .
However we are trying to get all the DJs involve with this project.