'Responsible tourism' the way ahead 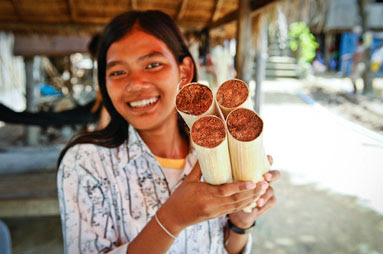 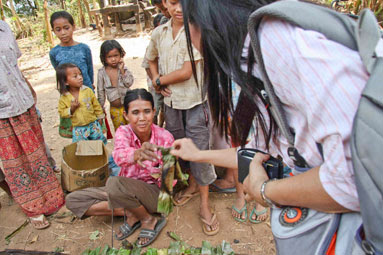 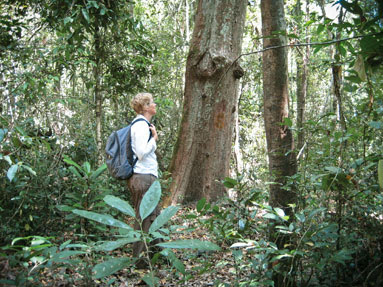 
via CAAI
Tuesday, 03 May 2011 15:00Charles Amery
“RESPONSIBLE tourism” which aims at maximising the economic, social and environmental benefits of tourism, is becoming a leading segment in the global tourist market.
And “responsible tourism” has become a priority sector for the SNV Netherlands Development Organisation an NGO which operates in Cambodia as well as internationally and employs teams of specialist Pro-Poor Responsible Tourism advisers in countries throughout Africa, Asia, Latin America and the Balkans.
They work in the countries both to develop destinations and to support tourism businesses to integrate environmentally, economically, and socially responsible practices into their operations.
In its aim to help increase the Cambodian tourism sector’s focus on “responsible tourism” SNV launched a Responsible Travel Cambodia pilot project beginning last October which since then has brought international presenters to Phnom Penh and provided business mentoring for seven selected tour companies.
This has included working with the companies and their staff and performing an analysis of their businesses to identify and prioritise the most profitable opportunities for the business in developing responsible practices and selecting the best solutions for business improvement.
Action plans are also being developed for the tour companies through business development workshops.
The aim is to help the companies increase their opportunities for the burgeoning “responsible” market.
SNV Pro Poor Sustainable Tourism Sector Leader Trevor Piper, who works with a small local and international team in Cambodia, said the project was ongoing and a third workshop with the seven companies would be held this month (May).
“The project is going well and has included international presenters covering many issues relevant within the sector of responsible tourism,” he said.
“We will review and appraise its success and look at a possible proposal for gaining support on a wider basis with a view to continue regular workshops and take the program nationwide.
“SNV is working with the industry and the Cambodia Association of Travel Agents (CATA) and the Ministry of Tourism with whom we have a very supportive and good relationship.
“There is a high level of awareness of responsible, sustainable tourism and we want to work out how this can be used to effect in Cambodia.”
At the launch of the project late last year, Tourism Ministry Secretary of State Kousoum Saroeuth said a World Travel Market survey found that about 71 percent of tourists thought that their travel plans should benefit the local community, and 85 percent thought that trips should have a low environmental impact.
“I would like to encourage all concerned parties, especially the private sector ... to join in with responsible tourism in the context of community development, protection of ecotourism and biodiversity,” he said.
SNV believes that to keep up with the strong environmental attitudes of many international travellers and capture a bigger piece of the growing tourism market Cambodia had to look closely at its “responsible tourism” role in the Kingdom.
Tourism is the second largest sector in Cambodia’s economy, and contributes about 15 percent of the country’s total GDP in 2008. Tourism is now worth up to US$1.5 billion annually.
As one of the world’s largest industries, accounting for an estimated almost 10 percent of global GDP and employing more than 20 million people according to the World Tourism Organisation (UNWTO), tourism is particularly significant for developing economies, who receive an estimated 30 percent of all global tourism expenditure.
“We don’t want to just eliminate the negative impacts of tourism but rather also introduce positive impacts,” said Trevor Piper, who added that SNV studies showed demands from the key European and North American markets were changing.
“Tourists want more meaningful connections with local people and greater understanding of the local cultural, social and environmental issues,” he said.
Seventy percent of British and North American tourists previously surveyed by SNV said they would be willing to pay up to $150 more for a two-week stay in a hotel that had a “responsible environmental attitude”.
Also several Cambodian hoteliers said an increasing number of tourists prioritised sustainable practices in their travels.
The success of Responsible Tourism as a travel product was one of the major findings of a ground-breaking study commissioned by SNV Netherlands Development Organisation and undertaken by Stanford University’s Centre for Responsible Travel (CREST) and released last year.
It made a series of in-depth marketing recommendations for service providers in or wishing to enter the Responsible Tourism market in developing countries.
It was pointed out that in a world of change, one constant in the last 25 years had been the sustained growth of tourism both as an activity and an industry and that in recent years tourism has been increasingly recognised for its potential to contribute to poverty reduction.
Tourism entrepreneurs worldwide are working hard to promote socially responsible and environmentally sustainable tourism practices internationally and with consumers becoming increasingly aware of the potential impact of their tourism dollar, it is becoming a leading market segment worldwide.
Posted by CAAI News Media at 11:40 pm

In such manners tourism is posh and it keeps on growing new york niagara falls tour has the best possible impact and that's the way we can get to have ideas that are quite supportive and brings the best for us with the needs that we have.