Cambodia Recommended to Diversify Its Market 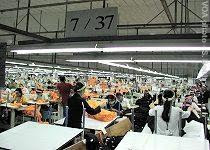 A new United Nations report says Cambodia needs to diversify the economy to help protect vulnerable groups, such as women workers, from downturns. As Ron Corben reports from Bangkok, the report also calls for the government to see the current slump as an opportunity to speed up structural changes.

The United Nations Development Program urges the Cambodian government to shift away from relying on the garment industry, which is vulnerable to sharp economic shocks such as the recent financial crisis. The report, released last week, focuses on Cambodia's challenges; the country has been among those in Asia hit hardest by the collapse in global exports.

It says the poor, especially those in debt, have felt the pain the most. The garment sector accounts for about 70 percent of Cambodia's export income. The United States is the leading market but exports there fell by over 22 percent in the past year because of the recession. 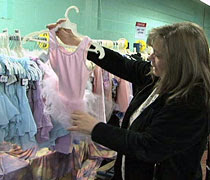 US garment market which has dropped since the global financial started, has affected Cambodia garment manufacturing industry greatly (VOA TV)

Nearly all of the workers in Cambodia's garment factories are women, mostly from rural areas. At least 50 factories have closed in the past year, and more than 60,000 workers lost their jobs. Chan Sophal, lead research consultant on the report, said Tuesday the lack of alternatives means more Cambodian women must work in the entertainment industry. The United Nations Inter-Agency Project on human trafficking sees more young women entering the industry.

Mr. CHAN SOPHAL said "Karaoke parlor, the massage places and the beer promotion industry, and all of those have women at risk in terms of being a disguised sex worker and at the exposure of diseases." The global downturn also hit Cambodia's construction industry, tourism businesses and migrant workers. But the UNDP report says the crisis should be seen as an opportunity that spurs efforts to address structural weaknesses in the economy. Chan Sophal says the report calls for institutional reforms, and more equity in public spending to lift the economy and reduce the effects of external shocks. Mr.

CHAN SOPHAL added "This crisis may represent an opportunity for the government to speed up the structural reforms which takes time - but now we have no time. The quicker we can do to improve competitiveness, the economic diversification the better chance we will recover from the economic downturn."

Recently, the International Monetary Fund said garment exports from Cambodia would fall by as much as 15 percent this year. However, the Asian Development Bank forecasts that the economy will grow just over three percent next year, as the global recovery takes hold and increases clothing exports and tourism arrivals.