Group to show film on genocide 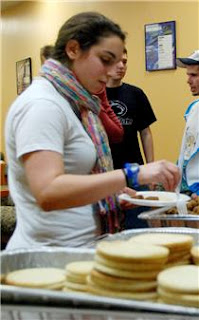 
The Academy Award-winning film "The Killing Fields" will be screened this evening in Foster Auditorium as an engineering student group's effort to promote international issues.

The film is a realistic adaptation of an article by Pulitzer Prize-winning war correspondent Sydney H. Schanberg during the genocide in Cambodia.

The 1984 film depicts the true story of Schanberg and a Cambodia journalist, Dith Pran, and their struggles after being caught up in the 1970s genocide, Rumbaugh said. "We just hope to educate the public and the community," he said.

Rumbaugh said the genocide in Cambodia -- in which up to 3 million people were murdered -- is something with which the entire community can sympathize. Katie Greco (junior-international politics and Russian) said ESIO has two main goals: build a schoolhouse in Cambodia and figure out how to get clean water to people in Morocco. "Basically, our main purpose is to promote and fundraise for international issues by applying engineering to it," Rumbaugh said

Both Greco and Rumbaugh joined ESIO through a requirement with an engineering class, but have decided to stay on once the semester is over. Stephanie Giannetti, the vice president of ESIO, said her main goal for the club is to expand membership.

"It's a good cause that people can get behind, and clearly you don't have to be engineering majors," Giannetti (junior-management) said. "The name is a little deceiving."

Giannetti said plans for larger fundraising efforts can only be accomplished with a larger group, so they are always looking for new members. Greco said the target audience for the event is Penn State students, although the whole community is welcome.