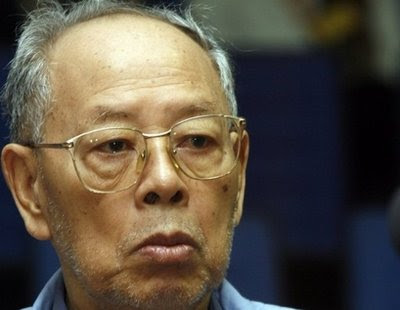 However the court's pre-trial chamber on Monday ruled the submission was "inadmissible, as well as being devoid of merit and unsupported by evidence".

"A charge of partiality must be supported by a factual basis. The mere fact that a judge has been subjected to press criticism does not require the judge's disqualification," the chamber's decision said.

The request cited a speech Prime Minister Hun Sen made in September, which came in response to the two judges' support for investigations of five additional Khmer Rouge suspects.

"I know that some foreign judges and prosecutors have received orders from their governments to create problems here," Hun Sen said in the speech.

The tribunal was created in 2006 to try leading Khmer Rouge members, and is holding five former leaders on charges of war crimes and crimes against humanity. It has not yet ruled whether to prosecute additional suspects.

The process has often been hit by allegations that Hun Sen's administration has attempted to interfere in the tribunal to protect former regime members who are now in government.

The 1975-1979 Khmer Rouge regime killed up two million people through starvation, overwork and torture as it attempted to forge a communist utopia.